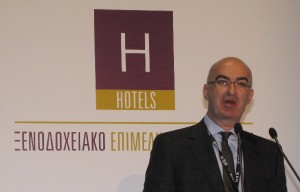 President of the Hellenic Chamber of Hotels, Yiorgos Tsakiris

“The chamber’s vision is for ‘Greek Breakfast’ to become the connection between tourism and local produce so the whole of society can enjoy the benefits of tourism in our country,” the president of the Hellenic Chamber of Hotels, Yiorgos Tsakiris, said following the success of the chamber’s “Greek Breakfast” presence at the recent HO.RE.CA. Expo ( 8-11 February).

Into its second year, the “Greek Breakfast” program includes 67 Greek hotels that serve breakfast made from Greek local products but the chamber aims for that number to reach 350 by the end of the year.

In three years the hotel chamber expects some 1,000 hotels to serve “Greek Breakfast” to guests.

The chamber’s initiative focuses on the Greek culinary tradition and aims to promote the wealth and authenticity of local products and gastronomy through hotels. The chamber aims to establish “Greek Breakfast” throughout all hotels of the country. 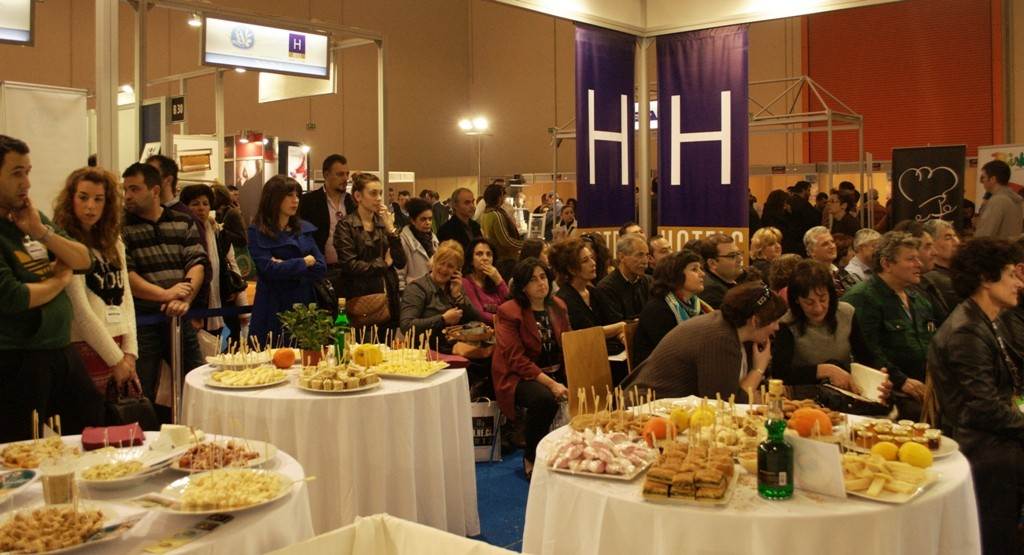 This initiative brings together hoteliers, chefs, farmers, producers, representatives of chambers of commerce and local government of each Greek region. The aim is for them to agree on a “local quality pact” that would lead to the adoption of the “Greek Breakfast” philosophy by hotels.

According to Mr. Tsakiris, another 10 “Greek Breakfast” local quality pacts between hoteliers, local producers, etc., will be signed this year, bringing the total number to 18.

“By investing in local products we highlight the culinary culture of each region that actively participates in its identity, but we also contribute to the improvement of the quality of Greece’s tourism product,” the supervisor of the “Greek Breakfast” program, Giorgos Pittas, said.

The Greek Tourism Ministry supports this initiative. Tourism Minister Olga Kefalogianni has noted that the “Greek Breakfast” initiative is sure to boost Greece’s “brand.” 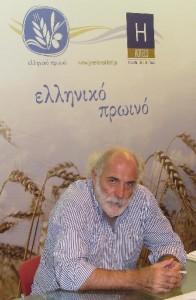 The first eight “Greek Breakfast” local quality pacts were presented during this year’s HO.RE.CA. Expo in a 200 square-meter venue of the Hellenic Chamber of Hotels.

Messinia from the Peloponnese, Pelion-Volos from Thessaly, Chalkidiki from Macedonia, Lesvos from the North Aegean islands, Santorini and Naxos from the Cyclades and Rhodes and Kos from the Dodecanese presented their Greek breakfast menus in individual booths where local producers displayed products included in the breakfast creations.

Visitors to HO.RE.CA. had the opportunity to sample the culinary wealth of each region first hand. These are products unknown to the general public but particularly important for the culinary culture of Greece.

The products are now introduced to a wider audience through “Greek Breakfast.”

The chamber’s “Greek Breakfast” initiative received praise from visitors, while more hotels expressed interest to join the program and many new Greek destinations want to create local pacts for their area.

For a photo report of the “Greek Breakfast” main pavilion and each region’s separate stand at this year’s HO.RE.CA. Expo, press here. 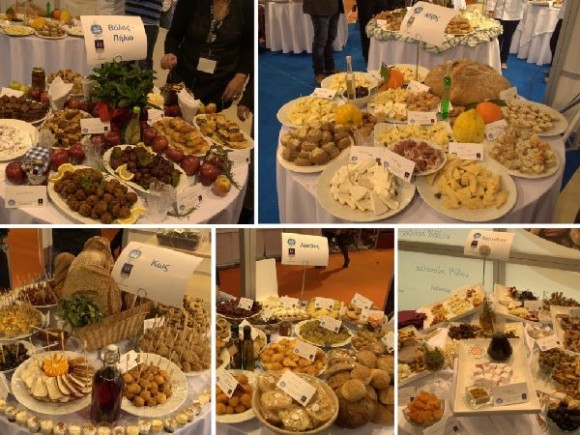 At 2013 HO.RE.CA., each destination’s breakfast menu was presented in separate scheduled events held in the main “Greek Breakfast” pavilion.