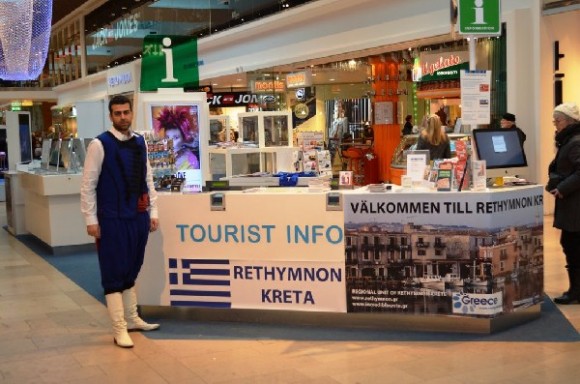 Rethymno, Crete, at the Gallerian shopping mall in Stockholm, Sweden.

The island of Rhodes and its hotels will be introduced to thousands of Swedes on 15-16 February at a special booth set up in the main entrance of the Gallerian shopping mall in Stockholm, Sweden. 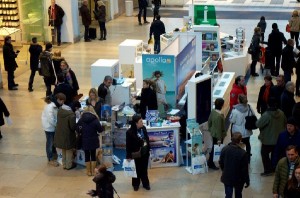 Chania, Crete, at the Gallerian shopping mall in Stockholm, Sweden.

For the whole month of February and until early March, the Gallerian shopping mall will host stands of Greek destinations and hotels on Fridays and Saturdays, under the initiative of Oslo-based communication agency North Events that specializes in the promotion of Greek tourism in the Nordic market.

The Gallerian shopping mall welcomes some 160,000 people on Fridays and Saturdays. This is the first time a campaign is launched in the commercial center of Sweden’s capital.