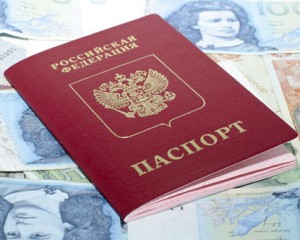 Early bookings to Greek destinations have increased 400 percent especially from the markets of Russia, the Ukraine and Belarus, according to data released recently by tour operator Mouzenidis Travel, one of the largest Greek companies working with the Russian market.

“Although these bookings represent a relatively small number compared to the total of annual bookings, they are showing a strong upward trend,” the general manager of the company, Yiorgos Masmanidis, said. Last year, Mouzenidis served some 300,000 tourists from Russia and other eastern markets to Greece.

This year Mouzenidis is implementing a targeted pricing policy that includes discounts up to 30 percent on accommodation, in an effort to boost early booking sales to Greece, especially from the Russian market.

According to Mr. Masmanidis, the response is very encouraging considering that Russians usually book their holidays later in the year.

According to recent data, Greece welcomed 875,000 Russian tourists last year with the average expenditure per visit at 1,085 euros. For 2013, tourism professionals believe arrivals from the Russian market may surpass one million.

Mr. Masmanidis, however, underlined that the decisive factor to satisfy the expected increase in demand this year from the Russian and Ukrainian markets will be the “timely and effective support” of Greek consulates in regards to visa applications.

Strict visa regulations still remain an obstacle for a major increase of arrivals from Greece’s target markets not covered by the Schengen agreement, it was underlined at a recent forum for tourism.

In terms of new destinations and flight connections from Russia, this year Mouzenidis will connect, for the first time, Moscow directly to Zakynthos (at company level) and to Western Peloponnese (Araxos), triple its direct flights to Corfu and Rhodes and double its flights to Crete.

For the first time Thessaloniki will be connected directly with seven Russian cities (Arkhangelsk, Astrakhan, Bryansk, Kaliningrad, Stavropol, Ufa and Chelyabinsk) while flights from Saratov and Kazan to the Northern Greek city will be doubled. 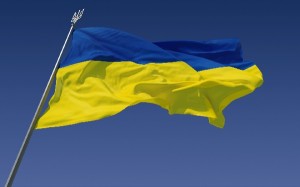 In addition, the company will link a Russian city to Rhodes and Crete (Krasnodar and Orenburg respectively) and four Russian cities will be connected for the first time with Corfu (Orenburg, Perm, Yekaterinburg and Samara).

In regards to the Ukraine, Mouzenidis will connect Thessaloniki with Lugansk and Zaporozhye for the first time and double flights that link the Northern Greek city with Kharkiv and Lviv.

Moreover, Mouzenidis will connect Western Peloponnese and Zakynthos with Belarus and Thessaloniki with Riga (Latvia) and Prague.

Heraklion Optimistic On Greek Cruise In 2013