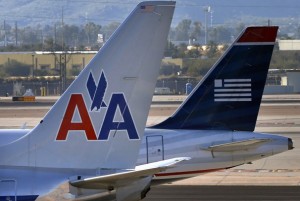 American Airlines and US Airways announced on 14 February that the boards of directors of both companies have unanimously approved a definitive merger agreement.

Under the merger the companies will combine to create a premier global carrier that will have an implied combined equity value of approximately $11 billion.

Operating under the American Airlines name, the combined airline will have a robust global network and a strong financial foundation.

The new airline will remain part of oneworld Alliance, of which American Airlines is a founding member.

Thomas Horton, chairman and CEO of American Airlines, will serve as chairman of the combined airline’s Board of Directors through its first annual meeting of shareholders, and will also serve as the combined airline’s representative to the oneworld Alliance, of which he is currently chairman, and International Air Transport Association for the same duration.

Doug Parker, chairman and CEO of US Airways, will serve as CEO and a member of the Board of Directors.

The combined airline will offer more than 6,700 daily flights to 336 destinations in 56 countries and is expected to maintain all hubs currently served by American Airlines and US Airways, resulting in more travel options for customers.

With firm orders for more than 600 new mainline aircraft, the combined airline will have one of the most modern and efficient fleets in the industry, and a solid foundation for continued investment in technology, products, and services.