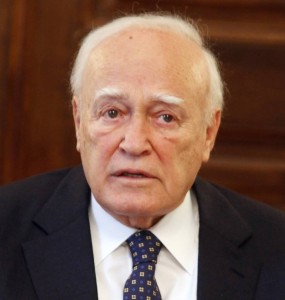 “The first messages we have received are extremely encouraging. The effort is mainly to restore the image of the country,” Greek Tourism Minister Olga Kefalogianni told President of the Republic Karolos Papoulias, today, 13 February.

According to a press release, the tourism minister briefed Mr. Papoulias on her recent trips to Israel and, most recently, to Germany.

Mrs. Kefalogianni said the Germans were certainly “those affected the most” by Greece’s image and that the country remains Greece’s largest market.

“We can surely gain more tourists from Germany and from our side we need to intensify efforts to convince them that once they come to Greece -above all- they will not face any problem,” she said.

They also spoke in regards to the exhibition at Berlin’s Pergamon Museum on Ancient Olympia that President Papoulias had attended last month when it ended, at the invitation of his German counterpart Joachim Gauck.

After the meeting, Mrs. Kefalogianni told the press that she informed President Papoulias that she transfers “a message of hope for Greece” when she visits various markets.

“A message of the effort we are making to change the wrongs and move forward, leaving behind the mistakes of the past and looking ahead, not only to the next day, but to the next decade,” she told the press.

Heraklion Optimistic On Greek Cruise In 2013