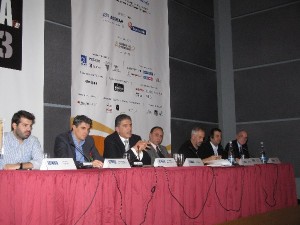 If Greek tourism professionals, restaurant owners and local producers developed synergies and worked together, Greece’s gastronomy could contribute an additional 500,000 arrivals to Greece, one billion euros to the country’s GDP and 50,000 new jobs.

This was the main conclusion of the “Gastrotourism: Food for development” event, held recently by the Association of Greek Tourism Enterprises (SETE) during the 8th HORECA Expo in Athens.

The event was held within the framework of SETE’s “Gastrotourism–Food for development” campaign that aims to raise funds for the implementation of the “Gastronomy in the marketing menu of Greek tourism” project. The campaign runs until the end of February.

During the first session, an expert panel analyzed the best practices on cooperation between the tourism and food sectors that would lead to quality Greek products promoted to foreign visitors through hotels.

The lack of cooperation between the sectors over the years had led to the benefit of imported goods and not of local Greek products.

However, as noted by SETE’s general director, George Drakopoulos, this mentality is changing as professionals are coming to terms with the importance of the gastronomy concept and are welcoming quality Greek products.

“The best way to promote local products is through hotels,” a marketing specialist underlined. 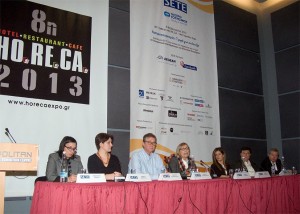 During the second session on using brand products to boost tourism, it was emphasized that numerous Greek brands have a dynamic presence in international markets while foreign visitors to Greece are also showing a growing interest.

All panellists agreed that more synergies were needed between food companies to increase the promotion of Greek products in local hotels of every region.

According to the panellists, a strong emphasis should be given to local cuisine so tourists could “get acquainted” with the country’s gastronomy and then pass the experience on to their countries.

According to SETE, within three to five years, Greek gastronomy can be one of the three key reasons for tourists choosing Greece as their holiday destination.

GTP is among the main media sponsors of SETE’s campaign. 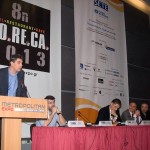 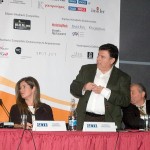 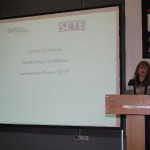