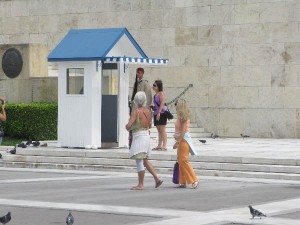 German tourists will opt for Turkey, Spain and Italy this year while not even one in a hundred will choose Greece, according to a tourism study presented recently in Hamburg by German research institute Foundation for Future Studies (FFS).

According to the results of the 29th tourism study conducted by the FFS (Stiftung fur Zukunftsfragen), only 0.8 percent of German respondents said they planned to spend their holiday in Greece this year.

“This means that not even one in a hundred Germans plan to travel to Greek destinations,” Professor Dr. Ulrich Reinhardt, the scientific head of the FFS, told Deutsche Welle.

Dr. Reinhardt said compared to last year, a five percent decline has been recorded in regards to the intention of Germans to holiday in Greece.

Based on the data presented by Dr. Reinhardt, the percentage of Germans that did vacation in Greece last year was 1.7 percent, a drop from the 3.3 percent in 2009 (before the crisis).

According to reports, while the German study was in process last year, Greek tourism professionals had referred to a 20 percent increase from the German market.

It was also noted in the Greek press that the specific German study was completed at the end of 2012 when only some 30 percent of Germans had decided for sure where they would go this summer.

Greece has an image problem 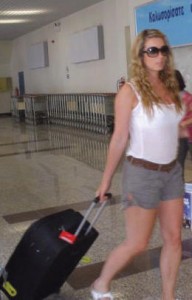 When asked by Deutsche Welle why destination Greece was not among German preferences, Dr. Reinhardt said the country’s image was “not the best” at the moment, even though the latest news on Greece is not as negative as before.

“Greece’s image is in any case better than it was six months ago but the main problem remains: the Germans are not certain if they are welcome in Greece and for this reason they are turning to other destinations,” he explained.

He added that prices were also playing a key role in their final decision. Most Germans are opting for Turkey, Spain and Italy this year due to better bargains in travel.

When asked how Greece could regain its popularity in the German market, Dr. Reinhardt said Greeks should make it clear that the Germans are welcome in the country.

“Greece has much to offer in the field of tourism. The problem today is clearly its image …. It is of particular importance to lessen the news about strikes in Greece and increase reports that the economy is improving,” he concluded.