Athens WACS Congress To Be Presented At HORECA 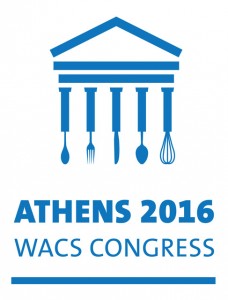 Athens, Greece and Mediterranean cuisine will be advertised to every corner of the world during the 37th World Association of Chefs Societies (WACS) Congress in 2016.

Last year, a Greek delegation in Korea, headed by the Hellenic Chef’s Federation, won the bid to host the congress in Athens. This development is expected to work to the advantage of the city’s tourism sector and food business market.

Greek tourism professionals, entrepreneurs and culinary schools can get fully informed in regards to the upcoming Athens 2016 WACS  Congress at an official presentation on Monday, 11 February, on the sidelines of the HO.RE.CA 2013, at the Athens Metropolitan Expo (hall C2).

The presentation will cover the details of the organization of the 37th WACS Congress in Athens and the benefits that will arise from it.

Official guests speakers at the presentation will include Miltos Karoubas, president of the Hellenic Chef’s Federation; Gissur Gudmundsson, president of the World Association of Chefs Societies; Giorgos Kaminis, Athens Mayor; and Giorgos Broulias, the president of the Athens Development and Destination Management Agency. 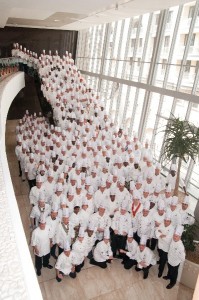 The World Association of Chefs Societies (WACS) congress is held every two years and some 2,000 chefs from all over the world gather in an elected host venue. The federation is composed by 93 members-official national worldwide chef federations.

The congress has been performed steadily since 1928, except during World War II.