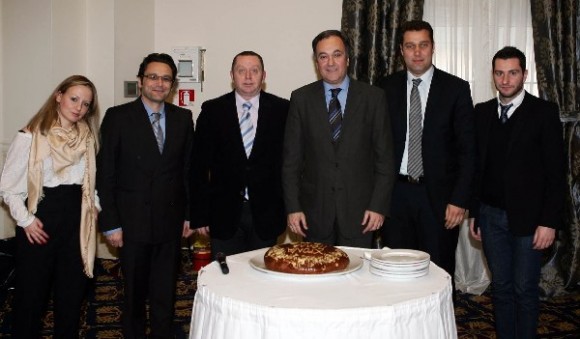 “Attracting visitors from other markets has become a ‘must’ for our hotels,” Aristotelis Thomopoulos, president of the Thessaloniki Hotels Association said during the association’s Vasilopita (Greek New Year’s cake) cutting ceremony last week at the Grand Hotel Palace.

Mr. Thomopoulos said forecasts for 2013 “could be optimistic,” but so far January had not showed signs of recovery since hotel occupancy had reached only 20 percent on average with very low prices.

In regards to Greek arrivals, he said the “serious decline” of Greek tourists continued in 2012 due to the crisis.

According to the association’s statistics, Greek visitors to Thessaloniki have dropped from 75 percent to some 50 percent in the last five years.

The association is expected to release its latest statistics in the next few days.