The Hellenic Republic Asset Development Fund (TAIPED) announced yesterday, Thursday, 31 January, that it accepted a 23 million euro bid from US-based NCH Capital* for the development of a property in the Kassiopi area on Corfu.

According to a statement released by the fund, NCH Capital was will be granted the rights of the Kassiopi plot for a period of 99 years. The land thus remains the property of the Greek State. 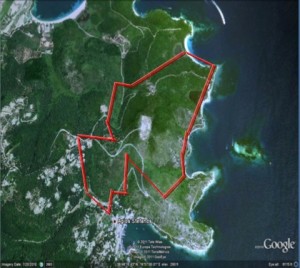 According to the fund, the investment at Kassiopi is expected to create hundreds of new jobs.

The fund has also approved tender procedures for another four projects.

According to reports, the Kassiopi deal is the first successful agreement of a privatization program that involves state-owned land. The program is part of the terms of Greece’s EU/IMF bailout.

* NCH Capital is based in New York, USA, and has over $3.5 billion of capital under management, with funds across four asset classes: listed equity, real estate, agribusiness and private equity. It operates 21 investment funds.