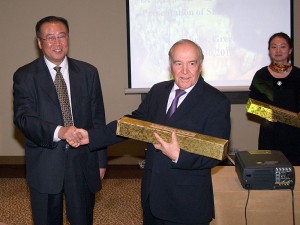 During the presentation of the Shaanxi province, Wang Zhiwen, deputy secretary of the Shaanxi Provincial Tourism Bureau, gave Dinos Mitsiou, chairman and CEO of Amphitrion Group of Companies, a Chinese painting scroll (made of Chinese silk) of Tang Dynasty style.

“Greece is the birthplace of Western civilization and Chinese tourists are very interested in your history, immense culture and beautiful Mediterranean sea and more and more people from our province want to visit Greece for tourism,” Wang Zhiwen, the deputy secretary of the Shaanxi Provincial Tourism Bureau, said during a presentation of the Shaanxi province, on Wednesday, 30 January, at the Athenaeum Intercontinental Hotel in Athens.

The event was organized by Amphitrion Holidays that specializes in the Chinese tourism market.

Mr. Zhiwen led the Shaanxi tourism delegation that arrived in Athens to further strengthen the development of tourism in Greece, promote cooperation between the two countries and enhance Shaanxi’s presence in the European tourism market to attract more visitors to the Chinese province.

“It is our great pleasure to see that many Greeks are among the 200 million tourists that annually visit the Shaanxi province,” he said.

On his part, Nicholas Kelaiditis, who represented the Hellenic Association of Travel and Tourist Agencies (HATTA), said the Shaanxi province is of great interest to Greek travel agents both as a destination for Greek clients and a market to attract Chinese tourists and businessmen in the coming years. 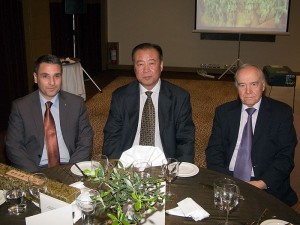 Nicholas Kelaiditis, curator of the Hellenic Association of Travel and Tourist Agencies (HATTA); Wang Zhiwen, the deputy secretary of the Shaanxi Provincial Tourism Bureau; and Dinos Mitsiou, chairman and CEO of Amphitrion Group of Companies.

“We have made huge efforts over the past years and cooperated with the relevant ministries to assist Chinese travel agents mainly for easier visa procedures,” he said.

For years Greek tourism professionals have focused on the Schengen Visa issue that stands as an obstacle for Chinese tourists trying to visit Greece.

The Association of Greek Tourism Enterprises (SETE) said last year that Greece was losing three to five million tourists (Chinese included) annually due to problems arising with the issuance of Schengen visas.

Mr. Kelaiditis called for the Shaanxi Provincial Tourism Bureau to stay in contact with HATTA and exchange views to boost the tourism development in both countries. 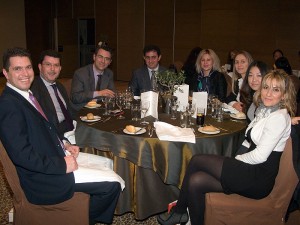 Amphitrion Holidays
For the past 13 years, through its offices in Beijing and Shanghai, Amphitrion assists Chinese visitors that want to travel to Greece and also specializes in the development of outgoing tourism from Greece to China.

“Today, after so many years of friendship and association… we are given the possibility to broaden the relationship between the two countries in various sectors, which includes tourism,”  Dinos Mitsiou, chairman and CEO of Amphitrion Group of Companies, said during his speech.

“China is a growing tourism market while destination Greece is becoming attractive to more and more Chinese tourists,” he said.

According to reports, Chinese tourists have increased in Greece over the past two years, as China has strengthened its cooperation with the country in various fields, such as wine and oil exports, technology and infrastructure.