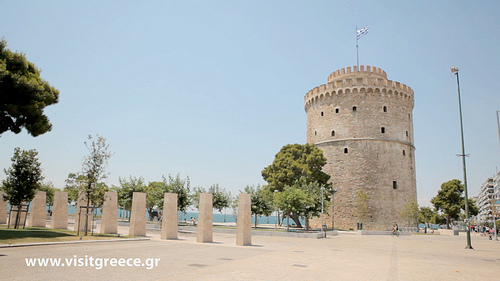 According to the Thessaloniki Hotels Association, the Turkish market is proving very fundamental for the Greek Northern city as in 2012 some 47,000 Turkish overnights were recorded. The number is expected to rise now that the Thessaloniki-Istanbul-Thessaloniki route has gone daily. Photo: www.visitgreece.gr

The memorandum includes joint actions to promote the Greek Northern city to new markets and benefit tourism and the local economy.

The airline’s Thessaloniki-Istanbul routes are now daily and travelers from the Middle East, the Arabian Peninsula and countries in the four cardinal directions (north, east, south and west) can now easily visit Thessaloniki and the northern Greece region. 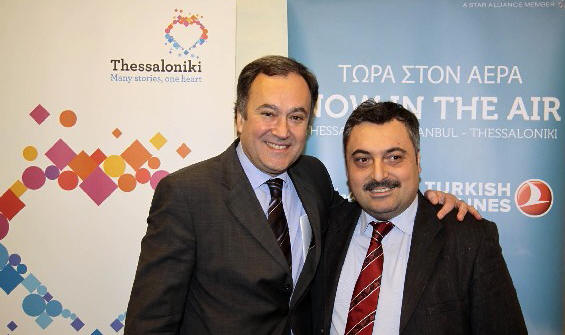 The president of the Thessaloniki Hotels Association, Aristotelis Thomopoulos, said that through the renewed cooperation with Turkish Airlines, the association would target the markets of India, Dubai, Bahrain, Oman, Iran, Azerbaijan and Russia.

The association will also participate in the IMTM 2013-International Mediterranean Tourism Market in Tel Aviv next week (5-6 February) while other promotional activities to approach these markets would include the organization of familiarization trips (fam trips) to Thessaloniki for journalists and tour operators.

Passenger traffic on the Thessaloniki-Istanbul-Thessaloniki route was said to have doubled to 80 percent.

Also, Mr. Yazan said already the first Chinese and Indian visitors traveled to Thessaloniki via Turkish Airlines aircraft and so he is optimistic about continuity. He noted that one of the airline’s next goals is to target the Swedish market via Gothenburg.

* It is reminded that the first Memorandum of Understanding between the Thessaloniki Hotels Association and Turkish Airlines was signed in November 2011.