The draft tourism bill will be up for public consultation until 28 January 2013. 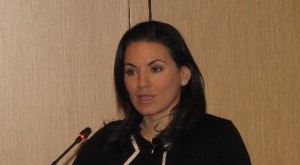 Tourism Minister Olga Kefalogianni invites all relevant parties to participate in the public consultation of the draft tourism bill and submit opinions and comments on the proposed regulations for Greek tourism.

A draft tourism bill was published for comment yesterday, 15 January, by the Tourism Ministry with a view to strengthen investments and entrepreneurship in tourism, restructure tourism services and establish the necessary provisions for the reorganization of the Greek National Tourism Organization (GNTO).

“The bill will adjust chronic issues to remove inflexibilities imposed by anachronistic laws that until now prevented the tourism economy to adjust in accordance to the global tourism market’s current standards,” an announcement by the tourism ministry said.

Amongst other things, the draft bill seeks to remove the special tourism investment service (“fast track service” established for the faster licensing procedure of tourism investments) from the responsibility of the GNTO and assign it to the Tourism Ministry. 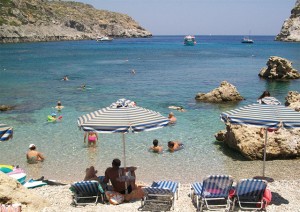 It also seeks to set up a Tourism Observatory to utilize the data and findings of the Tourism Satellite Account, study the Greek tourism market and target measures for the development of the tourism sector.

The bill also provides for the appointment of a tourism coordination committee that would consist of a chairman (Tourism Minister) and an unannounced number of members (secretary generals of the tourism ministry and other ministries related to tourism issues).

The draft bill also sees the placement of tourism attachés in Greek embassies in countries that lack GNTO offices.

Included in the proposed new legislation are provisions to boost tourism entrepreneurship and investments. Specifically, the draft tourism bill:

A complete copy of the draft tourism bill entitled “Restructuring the Greek National Tourism Organization, reducing administrative burdens, simplifying procedures to support tourism business and other provisions,” can be found here (in Greek).

The public consultation of the draft tourism bill will end Monday, 28 January 2013 at 3pm.

The ministry, taking into consideration the results of the public consultation, will submit the bill to a Parliament vote.