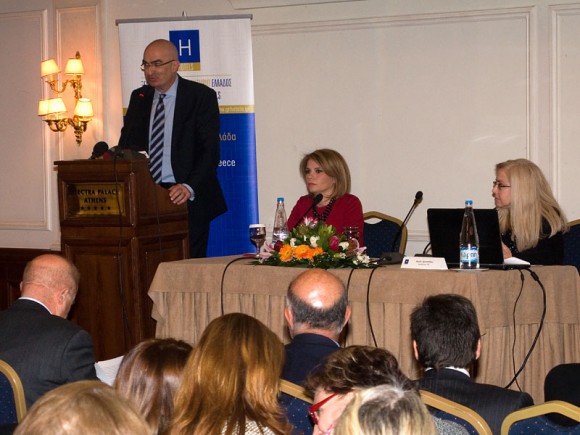 According to Hellenic Chamber of Hotels President Yiorgos Tsakiris, the first phase of the “Hotelstars Union” pilot system was recently completed on classic-type Greek hotels and results were very encouraging. Mr. Tsakiris said the 220 Greek hotels that took part in the pilot scheme already had some of the demanded requirements and therefore could easily compare with European hotels/members of Hotelstars Union.

Greek hotels may be on their way to be admitted to the Hotelstars Union (HSU), a European hotel classification system that applies harmonized criteria, the Hellenic Chamber of Hotels announced today, 14 January, at a special event held at the Electra Palace hotel in Athens.

The Hotelstars Union*, established in 2009, is a European quality rating system that provides hotel classification with almost identical criteria of participating countries and enhances the reputation and quality of the hotel industry in those countries by creating transparency and security for guests and thereby encouraging hotel marketing.

“For the Hellenic Chamber of Hotels, the implementation of the Hotelstars Union system is an important step in upgrading the tourism product of our country,” Mr. Tsakiris said. 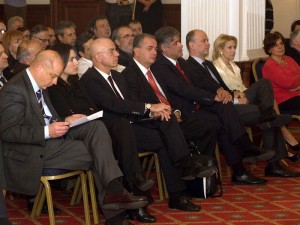 According to the chamber, the adoption of a new evaluation system for hotels would improve the competitiveness of Greek hotels, contribute to the efficiency of offered services and promote the country’s hotel product to more visitors.

The Hotelstars Union system already applies to 13 countries and concerns some 180 million European citizens, many that come from major countries/target markets for Greece such as Germany, Switzerland, Sweden and The Netherlands.

The Hellenic Chamber of Hotels is currently in discussions with the Hotelstars Union on certain requirements and specifications of Greek tourism.

“We believe that Greece will qualify to become the 14th member very soon,” Mr. Tsakiris said.

On her part, Tourism Minister Olga Kefalogianni said the Tourism Ministry recognizes the need for the existing classification system for Greek hotels to change.

The ministry has set up a committee that will review the chamber’s proposal for Greece to join the Hotelstars Union.

* In 2009, the hotel associations of Austria, Czech Republic, Germany, Hungary, Netherlands, Sweden and Switzerland committed to apply almost identical criteria for their hotel classification and created the Hotelstars Union under the patronage of HOTREC (Hotels, Restaurants & Cafés in Europe).
In 2011, the three Baltic countries (Estonia, Latvia, Lithuania) and Luxembourg joined the Hotelstars Union, while Malta joined the system in 2012 as the first Mediterranean country.
Along with Greece, discussions are underway for Spain, France and Cyprus to join the Hotelstars Union system.

What Are You Looking For In A Hotel? Have YOUR say!