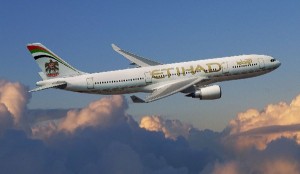 The increase in passenger numbers – up to a total of 10.29 million – represents an extra 1.88 million passengers traveling on the carrier’s global network that now covers 87 of its own passenger and cargo destinations, and 245 codeshare destinations.

Etihad Airways and its equity partners will have collectively carried more than 74 million passengers in 2012, with cooperation between the five airlines greatly contributing to passenger growth.

The airline has announced it will start flights to at least three new destinations in 2013, Washington DC in March, Sao Paulo in June, and Ho Chi Minh City in October.