The European Regions Airline Association (ERA) has announced that Simon McNamara has undertaken the position of the association’s new Director General as of 1 January 2013.

According to Mr. McNamara, increased support and a more proactive role in shaping a level playing field for ERA members are his key focuses.

“The eurozone crisis is far from over and Europe’s airline business is facing significant challenges… It is vital that ERA works even more closely with its members to support them through this difficult period,” the association’s new director general said. 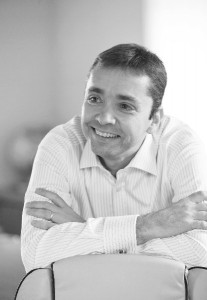 Under McNamara’s leadership, ERA will highlight the aviation sector’s vital contribution to Europe’s future economic prosperity, particularly in the regions of Europe.

“I intend to ensure that our members’ concerns are addressed and considered within effective and fair regulations,” Mr. McNamara said. ERA engages with governments, institutions within the EU and other key stakeholders on behalf of its members.

Simon McNamara is ERA’s third Director General since its formation in 1980 in Switzerland.

His career in aviation spans nearly 20 years – prior to joining ERA in 1999, Mr. McNamara held positions at The FLIGHT DATA Co and the International Federation of Air Line Pilots’ Associations.