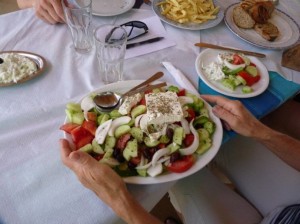 In 2013, the reduction of the VAT rate on food catering services, from 23 percent it stands today to 13 percent, will be one of the Greek Tourism Ministry’s targeted actions to boost the competitiveness of Greece’s tourism product, the country’s Tourism Minister Olga Kefalogianni told the local media recently.

According to reports, turnover in food catering has dropped by some 40 percent due to the 77 percent VAT hike from 13 to 23 percent in September 2011. It has been reported that in Athens alone, some 4,000 businesses closed down this year and 30,000 jobs were lost.

The VAT hike on food catering services (hotel restaurants, cafeterias, etc.) was one of the terms of the medium-term fiscal plan passed in July 2011 by the PASOK government after an agreement with the country’s creditors.

Positive Forecast On Greek Tourism
While speaking to the Greek media, the tourism minister expressed optimism that 2013 will be “a good year for tourism” citing positive signs from early bookings to Greece for next year. 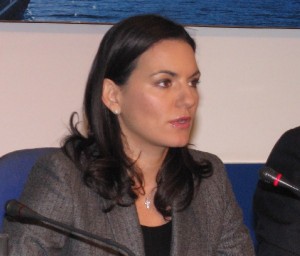 The tourism ministry will make efforts (such as the facilitation of visa issuance) to attract more visitors from new target markets China, Russia and Ukraine.

According to data, Russian arrivals to Greece are increasing year by year as in 275,000 visitors arrived in 2009 and that number jumped to 400,000 in 2010. In 2011, 740,000 Russian tourists were recorded in Greece and, according to recent data from the Bank of Greece, 865,200 Russians visited Greece during the first 10 months of this year. That number is expected to exceed one million by the end of the year.

In regards to tourists from China, the president of the Association of Greek Tourism Enterprises (SETE), Andreas Andreadis, recently said at an event that in 2011 some 80,000 Chinese visitors visited Greece and spent an average of 800 euros per capita in comparison to 600 euros for all of the foreign visitors to the country.

Mrs. Kefalogianni added that the ministry would focus next year on promoting Greece’s special forms of tourism, in particular medical tourism and religious tourism, to extend the tourism season and combat seasonality.