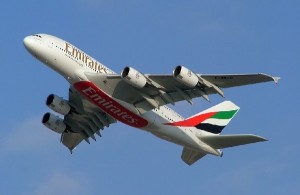 Emirates is welcoming 2013 aboard by offering very attractive fares for quick-acting customers.

Economy Class fares from Athens to Dubai start at 465 euros, while the best deals available for passengers traveling from Athens to destinations across the Emirates network include: Islamabad from 586 euros; Delhi from 648 euros; Shanghai from 711 euros; Johannesburg from 713 euros; Ho Chi Minh from 745 euros; Bangkok from 748 euros; Singapore from 828 euros; Kuala Lumpur from 897 euros; and Sydney from 1,175 euros.

Emirates, now flying under the banner of “Hello Tomorrow,” operates an impressive, fuel-efficient fleet of 193 aircraft, including the world’s largest fleet of double-decker A380s. 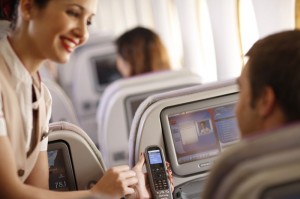 Customers taking advantage of the special 2013 fares now have even more chance of flying on the airline’s flagship A380 with the introduction of a double daily A380 service to both New York and Paris starting from 1st January 2013.

In 2013, Emirates’ ambitious expansion plans will be supported by the opening of the world’s first purpose-built A380 concourse in Dubai.