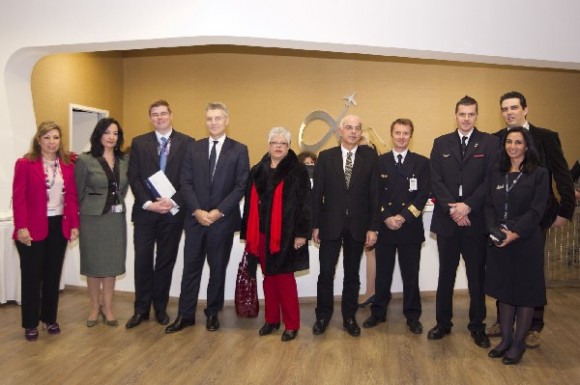 Athens International Airport “Eleftherios Venizelos” yesterday, 13 December, hosted a special welcome party for its 169th millionth passenger since the opening of the airport 11 years ago in 2001. 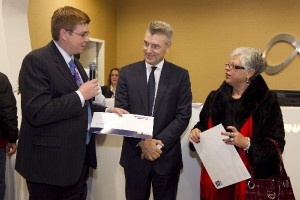 The lucky passenger arrived yesterday in Athens on Air France flight 4300 from Marseille at 14:35 and was welcomed by the secretary general of tourism, Anastasios Liaskos; the airport’s CEO, Yiannis Paraschis; and the country manager Air France for Greece, Yann Gilbert.

The 169th millionth passenger was offered a 300 euro voucher and a complimentary Air France roundtrip ticket to Marseille and wishes for safe journeys!

The event was held on the occasion of the UNWTO’s One Billion Tourists: One Billion Opportunities campaign that celebrated the arrival of the one-billionth tourist in the world. According to UNWTO, one billion tourists have traveled the world in 2012, marking a new record for international tourism.

Cyprus Tourism On The Right Track