Major tourism investments and an extended tourism season are expected to result from the new Special Zoning Plan for Tourism, the basic points of which were presented today, 13 December, to the Greek media by Tourism Minister Olga Kefalogianni and Alternate Minister of Environment Stavros Kalafatis. 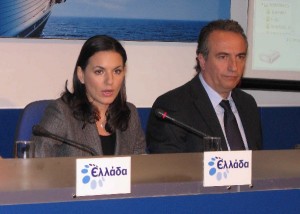 The plan will introduce changes to the way tourism infrastructure is currently planned in Greece and focus on quality tourism investments, the modernization of existing infrastructure and the upgrade of the country’s ports, airports, etc.

“For the first time the Tourism Ministry contributed to the review of the special zoning plan for tourism and this will ensure a balanced development for Greek tourism,” the tourism minister said.

According to the alternate minister of environment, Mr. Kalafatis, the new plan intends to increase Greek destination options for tourists and strengthen areas that are less developed for tourism use but have significant potential to host special forms of tourism.

The plan will establish a zoning scheme to limit the over-development of tourism facilities and expand offered tourism services taking into account the natural, cultural, economic and social characteristics of each region.

According to the tourism minister, the new plan will support tourism investments through general guidelines on a national level based on principles, rules and priorities.

“The aim of our country’s tourism policy is the transition from massive, mono-thematic and poor economic performance tourism to quality, diversified and multidisciplinary tourism – a tourism that is cost-effective and targets audiences with higher demands that seek more than the classic ‘sun-sea’ tourism model,” she said.

Mrs. Kefalogianni underlined that through the new plan a safe and stable environment will be created for all tourism investments to avoid the errors of past planning policies that led to investment cancellations through court decisions.

The ministers said specific details of the new special zoning plan for tourism are to be announced in the near future by the Environment Ministry. 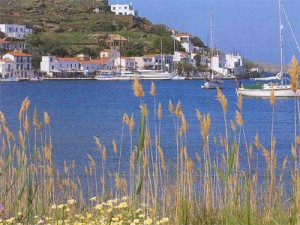 According to the tourism minister, a major investment is in the works on the island of Kea. (Photo credit: GNTO, USA).

The eight investment projects currently in the works involve the creation of tourism accommodation complexes on the islands of Kea, Milos, Ios, and Crete, and the regions of Boeotia, Achaia and Chalkidiki.

Mrs. Kefalogianni said a joint ministerial decision would soon be signed in regards to a planned 50-million-euro investment on Kea. This will give the green light for the construction of Greece’s first tourist accommodation complex investment.

The tourism minister said that for 650 stremma, the building factor is 0.03 percent.

“This is just an example of how the new special zoning plan for tourism will function,” she said.

Greek Hotels In Favor Of Shops Opening On Sundays