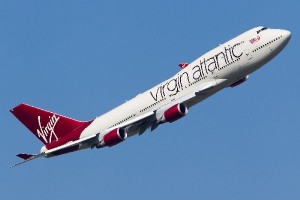 Virgin Atlantic Airways reached an agreement with Delta Air Lines for a new joint venture that will create an expanded trans-Atlantic network and enhance competition between the U.K. and North America, offering greater benefits for customers traveling on those routes, it was announced yesterday, Tuesday, 11 December.

According to a joint statement by the two airlines, as part of this joint venture agreement, Delta will invest $360 million in Virgin Atlantic, acquiring a 49 percent stake currently held by Singapore Airlines.

Virgin Group and Sir Richard Branson will retain the majority 51 percent stake and Virgin Atlantic Airways will retain its brand and operating certificate.

The carriers will operate 31 peak-day round trips between the UK and North America.

The deal, which is subject to regulatory approval in US and Europe, is expected to be implemented by the end of 2013. 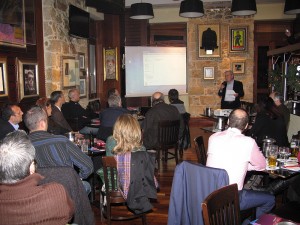 The airline’s new services include the issuing of electronic tickets through the distribution systems that contain Virgin Atlantic and Aegean Airlines codesharing flights to/from various US cities and Johannesburg.

On 31 March 2013, Virgin Atlantic will launch a domestic flying program that will include flights from London to Manchester, Edinburgh and Aberdeen via airbus A319s. The flights will go on sale 19 December and start from £99 per person return.

In addition to future plans, Mr. Frantzeskakis said 16 Dreamliners would be added to the airline’s fleet next year while Virgin’s fleet of airbus A330 will increase to 10. 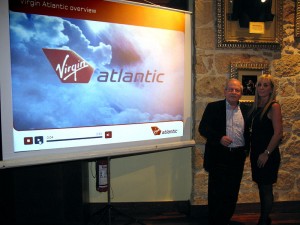 In addition, USB power source will be available to passengers traveling in economy class and Upper Class on the new aircraft. WiFi access will also be available during flights as of 2013.

It was also mentioned that Flying Club Gold card holders and Upper Class passengers connecting onto Upper Class long haul flights with Virgin would have access to airport lounges at their departure airport, plus access to limo transfer services.

Special reference was also made to the official travel trade web site www.vsflyinghub.com, a valuable tool for travel agents.