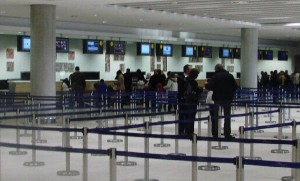 The European Parliament voted today, Wednesday, 12 December, on proposed measures to help increase the capacity of Europe’s airports, reduce delays and improve the quality of services offered to passengers.

In its vote on the “airports package” the Parliament gave strong support for the Commission’s proposals to improve slot allocation as well as to improve the transparency of noise decisions.

Earlier this week, the three European airlines associations called on the European Parliament to vote in favor of the Ground Handling Regulations, considered an essential part of the “airports package” and that aims at a conservative and prudent opening of ground handling services at EU airports.

“Today we have taken a step forward to finding positive solutions to the challenges facing airports on slots and noise… We need to work further to find common ground to tackle the problems of quality and efficiency in ground handling,” European Commission Vice-President Siim Kallas, responsible for transport, said.

Mr. Kallas said that 70 percent of delays happen on the ground and not in the air. “Those problems will not go away on their own,” he concluded.

For more information on the “airports package” and on the slots, ground handling and noise proposals see background.