Cyprus Tourism On The Right Track 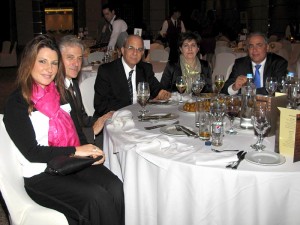 The Cyprus Tourism Organization held a dinner for the Greek media and tourism professionals on Monday, 10 December, at the Ledra Marriott Hotel and presented the organization’s tourism strategy that dates up to 2015.

Arrivals to Cyprus increased by 4.5 percent (2,232,000 tourists) during January-October 2012, compared to the same period last year. During the first nine months of the year, tourism revenue in Cyprus saw a 10.8 percent increase over the corresponding period in 2011.

Despite the difficult economic times, 138,717 Greeks visited Cyprus in 2011, which translates to an 8.7 percent increase. On the list of the top five countries that visit Cyprus, Greece comes in fifth after the UK, Russia, Germany and Sweden.

On the other hand, Greece is the first destination choice of Cypriots as in 2011, some 400,000 Cypriot visitors visited Greece.