Air France Celebrates Three Million Passengers On Its A380 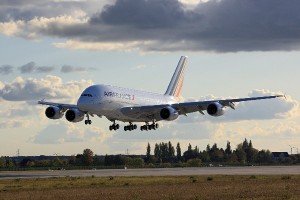 Air France welcomed its three millionth passenger on its Airbus A380, Tuesday, 4 December, and, to celebrate the occasion, offered a special welcome to a passenger when she checked in for flight AF007 from New York- JFK to Paris-Charles de Gaulle.

“We are delighted to award this prize in recognition of the fact that Air France was the first European carrier to offer flights on the A380 and has been providing service between New York-JFK and Paris-Charles de Gaulle on this state-of-the-art aircraft since November 2009,” Patrick Roux, Senior Vice President, Air France and KLM for the Americas, said.

This environmentally-friendly aircraft, with reduced CO2 emissions (20% less fuel burned compared to an A330), is also the quietest aircraft in its category.

First Greek Roadshow In Southeast Asia To Kick Off In 2013

Xmas Events At The Acropolis Museum