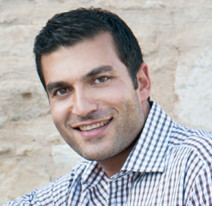 The director general of the Cyprus Tourism Organization, Marios Hannides, has been elected vice president on the European Travel Commission’s Board of Directors for the period 2012-2013.

“The effort to promote Europe to third countries will be continued and strengthened, which is something very important for Cyprus especially now that the Cyprus Tourism Organization is making efforts to develop new markets in third countries,” Mr. Hannides said.

Marios Hannides was born in Nicosia and studied Law at Hull University in the UK. He served for a number of years as a Board member in different organizations in Cyprus and abroad, including the Cyprus Tourism Organization, the Nicosia Waterboard and the USB Bank, as well as a municipal counselor of the Latsia Municipality. For the last eleven years he served as the Director General of the Cyprus Heart Foundation

European Travel Commission (ETC)
The ETC was established in 1948 and has 35 member states including Cyprus (26 EU member countries and nine other European countries). The members are represented on the Commission by the respective national tourism organizations.
The commission’s aim is to demonstrate and promote Europe as a tourism destination to third countries. The European Travel Commission also provides market research and e-marketing services to its members.