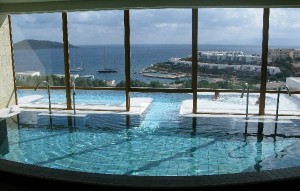 The Six Senses Spa at elounda SA hotels & resorts on Crete has been recognized internationally as one of the world’s great leading spas by a number of highly-regarded awards.

According to elounda SA hotels & resorts, Six Senses Spas have maintained a leading position among the world’s luxury destinations by combining this award-winning quality with their philosophy of “SLOW LIFE”: sustainable, local and organic wellness through learning, inspiring, fun experiences. It is now wonder that the world’s travelers are appreciating it that much more.

Airline Of The Year Award For Emirates