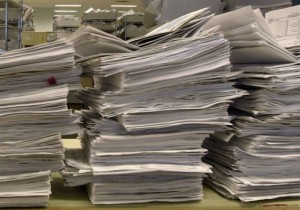 The Greek Government will tackle bureaucratic and competition obstacles in cooperation with the Organization for Economic Co-operation and Development (OECD).

Tourism is one of the key sectors of the economy the Greek Government will focus on in its effort to lift bureaucratic and competition obstacles that currently hinder development.

At an event held today, Monday, 3 December, the Ministry of Public Administrative Reform and e-Government signed an agreement with the Organization for Economic Co-operation and Development (OECD) that aims to reduce bureaucracy from key sectors of the Greek economy by 25 percent by the end of 2013. This would save the Greek state some seven billion euros.

According to the agreement, through the internationally recognized “Standard Cost Model” methodology, OECD and the ministry will establish a list of the most burdensome regulations and legislation that impose administrative barriers to 13 key sectors of the Greek economy.

This list will help identify and tackle administrative obstacles that stifle the market, impair long-term growth and impede the functioning of markets at the expense of businesses and households.

According to data provided by the ministry of public administrative reform, the cost of bureaucracy in Greece is currently estimated at 14 billion euros or 6.8 percent of GDP.

The duration of the agreement between the ministry and OECD is seven months.

The OECD also signed today an agreement with the Ministry of Development, Competitiveness, Infrastructure, Transport and Networks for the crackdown on competition constraints in four sectors of the Greek economy: tourism, food processing, retail trade and building materials.

Objectives of the agreement include the strengthening of productive activity, improving economic growth and encouraging investment.

The agreement is expected to be completed by September 2013. Specific proposals to remove or amend regulations and legislation that affect the smooth function of specific markets will be presented.