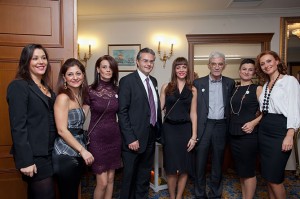 The general manager of Mediterranean Palace, Yiannis Aslanis, and the president and CEO of Helexpo, Paris Mavridis, hosted a party on Friday, 23 November, within the sideline’s of Philoxenia 2012, in honor of the hosted buyers of this year’s exhibition.

Many Greek tourism professionals and representatives of Thessaloniki’s local agencies attended the party held in the Zeus ballroom on the seventh floor of the Mediterranean Palace hotel and kicked back to Greek and foreign tunes.