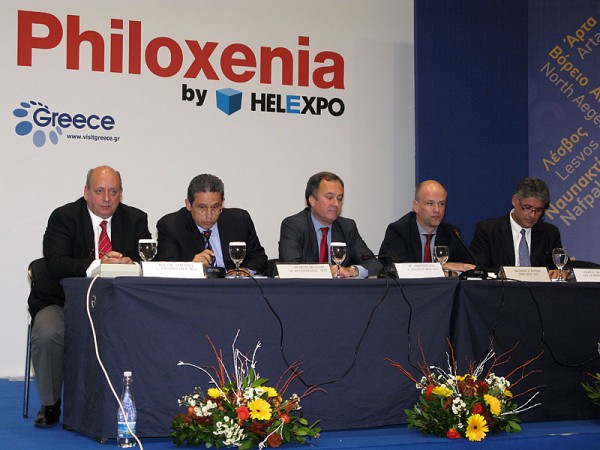 “This year is not only a difficult year but it is the fourth difficult year for the hotel sector,” the Hellenic Federation of Hoteliers president, Yiannis Retsos, said during the federation’s annual council of hotel associations. The council was held on the sidelines of the 28th International Tourism Exhibition Philoxenia held recently in Thessaloniki.

During the council it was stressed that Greek hotels, in their effort to strengthen the tourism demand for Greece this year, pushed themselves beyond their limits and any further burden (increased tax on real estate and tariffs for electricity, the cost of heating oil, etc.) would be the final blow to the hotel sector. 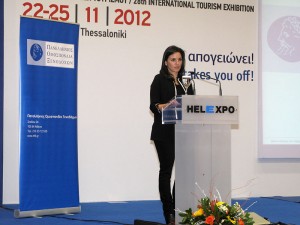 During the council of hotel associations, a series of important issues were brought to Tourism Minister Olga Kefalogianni’s attention such as visa facilitation, the high VAT on ferry tickets, the opening hours of archaeological sites and museums and the lack of liquidity of hotels.

Mr. Retsos analyzed the situation of the Greek hotel industry and focused on a series of issues that are troubling the sector such as the credit crunch impact on hotel operations and the illegal (non-licensed) hotels and rooms to let in Greece that operate at the expense of legal hotels.

The federation’s president underlined the survival problems of Greek regional hotels that depend mainly on domestic tourism (that has plunged this year) and are burdened with the high price of heating oil. This has an impact, not only on the hotels, but also on the local communities and economies of the Greek regions.

“This winter, the collapse of domestic tourism will escalate further and lead our mountainous and winter destinations to an actual decline,” Mr. Retsos said.

Tourism Minister Olga Kefalogianni was present at the council and took part in an open discussion with the presidents of hotel associations who brought a series of important issues to her attention.

On her part, she informed Greek hoteliers that the government would soon promote a bill to boost investments and limit bureaucratic procedures by reducing the time demanded for the licensing of an investment from four years to a year and a half.

Mrs. Kefalogianni also underlined that the bill for marine tourism was near completion and would focus mainly on cruise tourism and that the government would also proceed with actions to finance the modernization of small hotels.

Also, the tourism minister announced that the special zoning plan for tourism was completed and would be made public very soon and that more destinations would join the special visa facilitation program that guarantees the faster issuing of visas for non-Schengen visitors.

In regards to the soon-to-be launched marketing company for Greek tourism, Marketing Greece, Mrs. Kefalogianni said the Tourism Ministry would sign a memorandum of understanding with the Association of Greek Tourism Enterprises (SETE). According to Greek press reports, the Hellenic Chamber of Hotels will also become a shareholder in the company, as decided at the chamber’s latest Board of Directors meeting.