According to the agreement, the rates on bailout loans would be cut, interest payments suspended for a decade, Greece would be given more time to repay while a Greek bond buyback was engineered. Reports said Greece would also receive a 43.7 billion-euro loan installment in December. 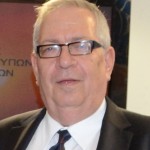 According to the president of the Hellenic Association of Travel & Tourist Agencies (HATTA), Yiorgos Telonis, a “new day” has begun for tourism.

“After the satisfactory developments of the political decisions taken in favor of Greece, which will allow our country to proceed towards growth, it is time for tourism, Mr. Telonis said.

HATTA’s president said Greece must capitalize on this positive turn of events for the benefit of the country’s tourism. 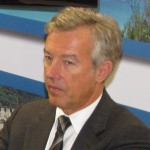 “The state and professionals must now move towards a campaign to attract international tourism. Now it is time for all of us to take responsibility,” he said.

On his part, the president of the Association of Greek Tourism Enterprises (SETE), Andreas Andreadis, called for the coalition government to immediately implement reforms and offer substantial support to the country’s strategic sectors, namely tourism, shipping and Greek exports.

“Now we must believe in ourselves again, believe in the younger generation and together move forward with a vision, a new mentality, quality, a plan, persistence and hard work,” Mr. Andreadis said.