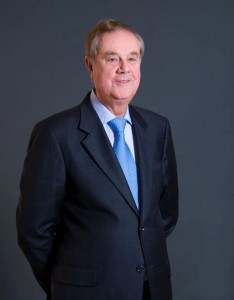 After more than 57 years devoted to international hospitality, the lifetime work of Gabriel Escarrer Juliá, chairman and founder of Meliá Hotels International, was recently acknowledged with the UNWTO Ulysses Award for Lifetime Achievement.

The UNWTO Award for Lifetime Achievement was established in 2012 as an annual award recognizing those individuals who have demonstrated excellence throughout their tourism careers and who serve as inspirational role models.

In addition to his business expertise, the panel of judges praised Mr. Escarrer for his pioneering work in corporate social responsibility at a time that this was far from most business person’s minds, particularly his early commitment to employee working conditions.

The Melia Athens located on Kaningos Square in central Athens.

“My success belongs to the more than 36.000 people from our staff that work day after day to make it possible,” Mr. Escarrer said.

The important contribution of Gabriel Escarrer to the travel industry has been recognized on numerous occasions.

The Germans Opt For The Greek islands