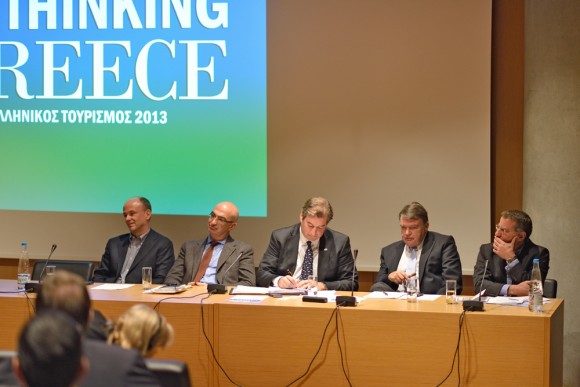 The strategy plan for Greek tourism was focused on and the support of the private sector requested at the “Rethinking Greece” event, organized by the Greek National Tourism Organization (GNTO) and held at  the Acropolis Museum on Thursday, 15 November. The event focused on the use of appropriate research tools for a targeted marketing strategy.

“In the immediate future, our goal is to identify specific areas of cooperation, to build a new creative relationship that has the common goal to develop Greek tourism,” Greek Tourism Minister Olga Kefalogianni said.

The tourism minister said she looked forward to the dynamic and creative mindset of the Association of Greek Tourism Enterprises (SETE), the institutional prestige of the Hellenic Chamber of Hotels and the attitude for change by all Greek tourism’s forces. 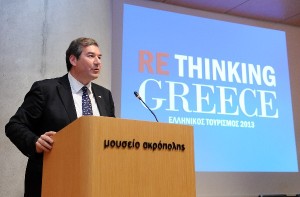 She also once again referred to plans for a “new” GNTO that include a thorough restructuring process to enhance its operation, a reshuffle of the organization’s offices abroad and modernization of the inspection process of tourism businesses.

On his part, the Greek National Tourism Organization’s secretary general, Nikos Karachalios, announced that Greek tourism’s strategy plan includes 17 actions in Greece and abroad to be implemented by the Tourism Ministry and the GNTO over the next two months.

“We are the only organization that has committed to implement 17 events in 60 days that represent 17 strategic steps,” Mr. Karachalios said.

Five of these “strategic steps” have already taken place and include:

According to Mr. Karachalios, the actions to follow would range from exhibition participation to meetings with major tour operators abroad in countries such as Germany.

The GNTO’s next strategic step will take place in Thessaloniki at the Philoxenia International Tourism Exhibition, 22-25 November.

During the event, GNTO secretary general, Nikos Karachalios, underlined that the “Greece, All Time Classic” phrase, for which so much had been said about over the last two weeks ever since it was seen during the GNTO’s presentation of the new communication strategy for Greek tourism, is NOT the country’s new tourism message but simply the concept of the whole strategy.

“There we will unfold our tourism strategy for the Greek regions and Thessaloniki, which will make an ideal destination for city breaks for both Greeks and foreigners,” he said.

“Our strategy is that every euro we invest in tourism to come back to us multiplied,” the secretary general added.

According to the press, the Greek Government currently has approved the sum of 10 million euros as available funds for Greece’s promotion this year. The ministry said it would try to increase that figure.

During the first session of the event, SETE’s long-awaited venture, the marketing company for Greek tourism “Marketing Greece” was referred to.

The president of the Hellenic Chamber of Hotels, Yiorgos Tsakiris, noted that the chamber would discuss its participation in the company’s share capital at its board meeting scheduled to take place next week on the sidelines of the Philoxenia exhibition in Thessaloniki.

On his part, SETE’s vice president, Yiannis Retsos, said Marketing Greece is the private sector’s response to the need to cover the tourism issues that the State does not have the ability to handle.

He said that the association would soon give a full presentation of Marketing Greece nationwide, explain all aspects of the company and how it would function. 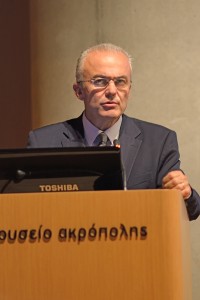 During the event, the results of tourism-oriented studies were presented by specialists that included the CEO of MRB Hellas, Dimitris Mavros; the CEO of ALCO, Kostas Panagopoulos; and the owner of market research and data modelling company Arkenford, Ben Moxon.

The CEO of MRB Hellas, Dimitris Mavros gave a presentation that focused on Brand Greece. “Greece has been at the center of much of this year’s economic news out of Europe,” he said.

Through a slideshow, Mr. Mavros showed that Greece fell five places to 27 overall in the Country Brand Index 2011-2012. According to the index, although Greece is ranked low in categories such as investment climate, regulatory and skilled workforce, the country is still considered a strong destination for tourism, heritage and culture.

Mr. Mavros focused on the contribution of research to Greek tourism to define and understand the target-group, the markets, the competitive environment and optimize marketing strategies.

During the 24 September-4 October 2012 period, Alco conducted a customer satisfaction survey on behalf of Olympic Air to a sample of 1,055 random visitors at the departure gates of Greek airports Macedonia, Kazantzakis and Kapodistrias. 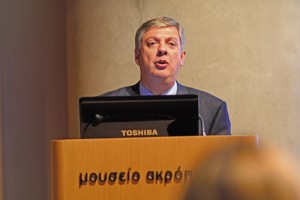 According to the survey, 44 percent of the visitors questioned stayed in Greece from four to seven days and mainly resided in a hotel (81 percent). Four-star hotels proved the most popular as they were chosen by 36 percent of visitors, followed by three- (22 percent), five- (20 percent) and two-star (three percent) hotels.

As for the reason for visiting Greece, 57 percent of respondents replied that the beaches and islands had attracted them. When questioned how they were informed about the country, 45 percent said through the Internet and social media.

Finally, 92 percent of visitors said they would visit Greece again.

Mr. Moxon told the audience that, according to trade discussions, there were certain issues affecting trends in the tourism industry. In regards to Greece, 2011 was “unnaturally high” in terms of arrivals due to the unrest in North Africa that diverted sales from there to Greece. He said that 2012 was expected to be similar to 2011. This year he underlined that although the Greek product was late in selling, it still got sold. 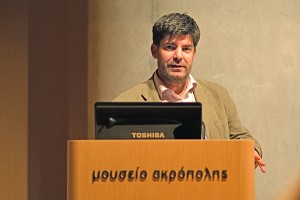 Among conclusions was that late deals were becoming more popular year on year and the consumers have turned their concern to the best prices and wait for the best deals to come.

According to Mr. Moxon, Greece must differentiate in order to stand out from its competitors and focus on its unique selling points: hospitality, value (not price), excellent beaches and sea, unspoilt scenery, local culture, different experience available across all the islands.

In addition, Mr. Moxon added that it was necessary for Greece to practice positive and timely PR.

“Greece must give a quick response to negative events, address consumer concerns (safety, financial) and reinforce that Greece is open for business,” he said.

UK Market Warms Up To Greece