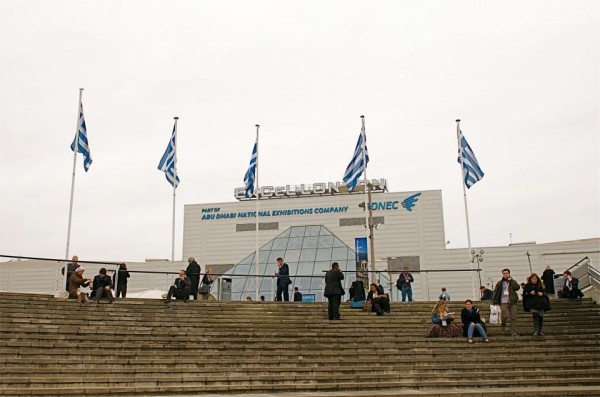 Greece made its presence apparent to the international travel trade sector at the 33rd World Travel Market, held 5-8 November 2012 on the fairgrounds of ExCeL–London.

The GNTO pavilion this year hosted 36 Greek exhibitors that included tourism businesses and associations. According to the WTM Exhibitor List 2012, a total of 59 Greek exhibitors attended the fair.

Greek tourism professionals feel optimistic for the 2013 tourism season as the first signs for next year appeared encouraging.

Greece’s presence at the 33rd WTM included a press conference given by Greek Tourism Minister Olga Kefalogianni and GNTO General Secretary Nikos Karachalios. The philosophy of the new communication strategy for Greek tourism was presented via the slogan “Greece, all time classic.”

Also, the Greek Tourism Ministry and the GNTO held a dance music event on the banks of the River Thames in London under the message “Greece Welcomes You.”

The flash-mob event was filmed and two videos of the event will be used to promote Greek tourism online via social media and youtube. The videos will also be screened at international exhibitions and via airline displays.

According to Greek newspaper Kathimerini, holiday bookings from the UK market are showing a 15 percent yearly increase to date. 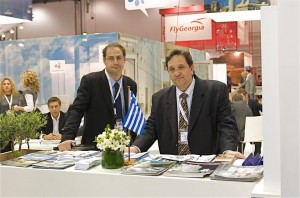 Kyriakos Liolios, Information and Trade Officer, GNTO London and Anastassios Pissas, Travel and Trade Co-ordinator, GNTO London, were on call at the GNTO’s pavilion at this year’s WTM. 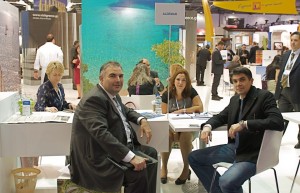 Alexandros Angelopoulos, Executive Director of Aldemar Hotels (right).
Mr. Angelopoulos is also the organizer of the Sympossio Gourmet Touring event, the fourth edition of which is to launch in January 2013. The Sympossio event is a unique synergy of Greek producers, hoteliers, airline and coastal companies, along with travel trade professionals from all over Europe that aims to promote Greek gastronomy to European countries. The 4th Greek Gourmet Touring “Sympossio” aims to visit 15 cities that will include Eastern Europe with visits to Bulgaria, Croatia, Poland, Romania and Serbia. 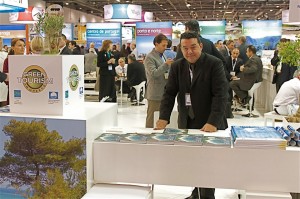 Leonidas Babanis, General Manager, North Events. Oslo-based communication agency North Events distributed the “Green Tourism in Greece” publication at the WTM. The publication is part of a campaign for green tourism in Greece that aims to present the accredited Green Key 2012 Greek hotels and Greek blue flag marinas to European countries. The campaign launched at the World Travel Market in London and will continue to another six countries. On 22 November 2012, North Events will hold the 1st Greek Green Tourism Conference  at Convention Center 7A, Sweden’s first “Green Key” convention center. 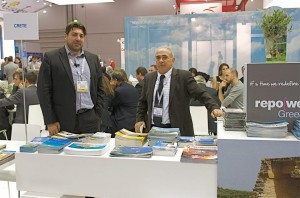 Ioannis Bras, Chairman and Managing Director at Heraklion Port Authority S.A. (left) at the Crete stand. During WTM 2012, Mr. Bras held talks with Royal Caribbean cruises and discussed the potential of Heraklion Port becoming a homeport for the cruise giant’s cruise ships.
Seen to the right is the Repo(we)rGreece stand. After 1 year of ongoing effort, collaboration and creativity, the Repo(we)rGreece initiative continues to seek to redefine the image of Greece and showcase a side of Greece that will effectively confront misperceptions within the international community. 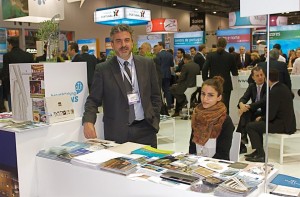 George Aggelis, Director of Athens Convention Bureau, at the stand of the Athens Development & Destination Management Agency. On the sidelines of the WTM, the agency participated in the organization of the GEM (Global European Marketplace) 12 at Wembley Stadium, 2-3 November. The event is part of the international workshops of the European Tour Operators Association (ETOA) and is attended by some 600 tourism professionals, executives and business groups as well as representatives of international organizations, destinations and countries. 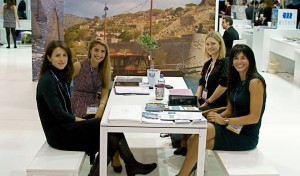 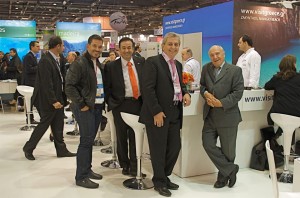 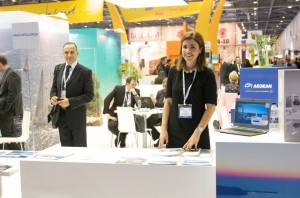 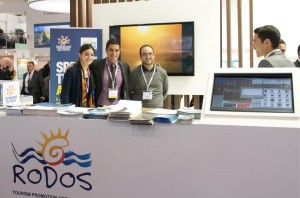 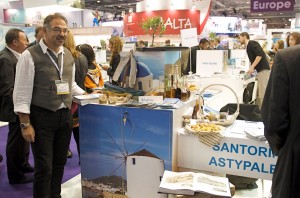 Nikos Komninos, an architect from Astypalea, promoted local delicacies at the island’s stand. 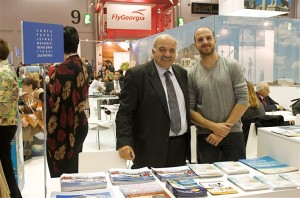 Spiros Galiatsatos, President of the Hotel Association Kefalonia & Ithaka, with his son, Dionysis, at the Ionian Islands stand. 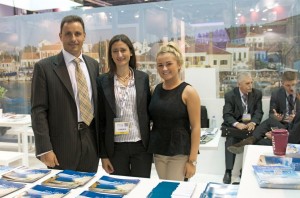 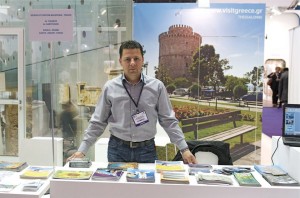 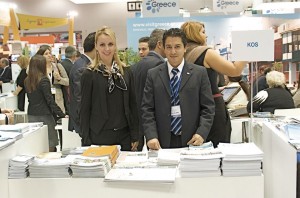 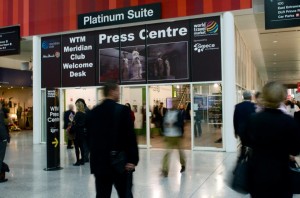 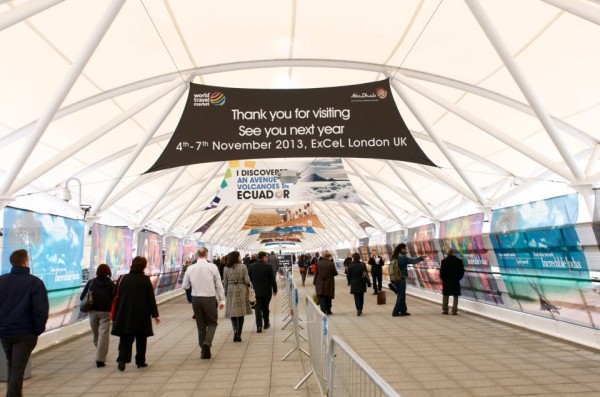 UK Market Warms Up To Greece