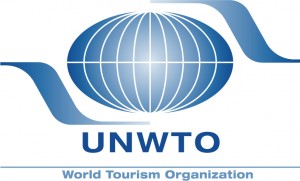 The UNWTO has launched the “One Billion Tourists: One Billion Opportunities” online campaign and is asking the public to vote for the travel tip they believe would have the greatest benefit for the people and places they visit, from using public transport to buying locally, and pledge to follow that tip when traveling.

According to UNWTO, small changes in travel behavior can contribute to positive change throughout the world.

“Imagine the difference one tourist could make by adopting small changes, from using their towels for more than one day, to hiring a local guide or buying local products. Now imagine if these simple actions were multiplied by one billion; that is the power of one billion tourists,” said UNWTO Secretary-General, Taleb Rifai, while launching the campaign recently at the 33rd World Travel Market (WTM) in London.

“Every single person who has traveled in 2012, whether on holiday or business, is part of the one billion and can make a real difference,” continued Mr. Rifai.

“I hope everyone will join our campaign and help us spread the message that one billion tourists really do mean one billion opportunities for economic growth, job creation and the future of our planet,” he said.

The campaign will culminate on 13 December when the most popular tip will be revealed and sent out to millions via social media. 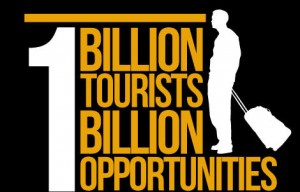 UNWTO is encouraging all countries and the entire tourism sector to spread the word about the campaign by becoming official campaign partners and hosting their own celebrations on 13 December, raising awareness of the important contribution of one billion tourists.

Three ways to get involved:
1. Which tip will you commit to on your next trip? Vote now!
2. Help us share the winning tip with millions. Join our Thunderclap campaign!
3. Were you one of the one billion tourists to travel internationally in 2012? Send a photo of yourself on your trip to e-mail: comm@unwto.org or by tweeting @UNWTO with #1billtourists and we’ll upload the best ones in our Faces of the One Billion Facebook album.  Don’t forget to include your name, where you’re from and where the picture was taken.