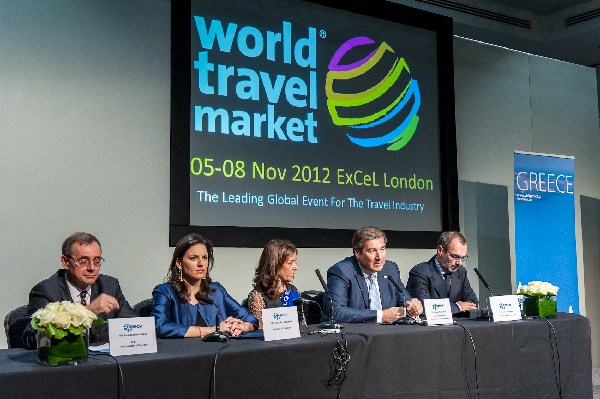 Greece’s new communication strategy for Greek tourism was presented yesterday, 5 November, to Greek and foreign journalists attending the 33rd World Travel Market (WTM) in London, UK, during the traditional press conference given by the Greek delegation.

During her speech, Greek Tourism Minister Olga Kefalogianni underlined the UK market’s importance to Greek tourism and the country’s economy.

The tourism minister presented Greece’s comparative advantages to the audience and focused on the ministry’s goals that include the development of new tourism products such as marine and medical tourism. 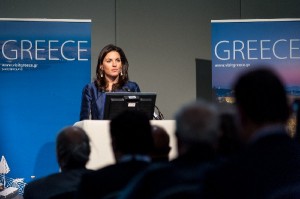 She added that the ministry aims to improve the country’s infrastructure so tourism services would be more attractive to foreign visitors.

“Greece is not just sun and sea but also provides a variety of experiences to visitors and is a great tourism destination throughout the year,” she said.

In regards to the available funds for Greece’s promotion this year, the tourism minister said the same amount as last year -some 16 million euros- would be approved by the Greek Government.

According to reports, in response to a question, Mrs. Kefalogianni underlined that among the ministry’s priorities is the VAT reduction on food catering services to boost the competitiveness of the country’s tourism package. 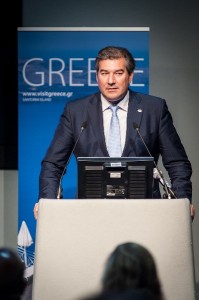 On his part, the secretary general of the Greek National Tourism Organization (GNTO), Nikos Karachalios, presented the philosophy of the new communication strategy for Greek tourism, according to which the GNTO will approach target markets.

During the press conference, the findings of a study on the image of Greece to UK consumers, the main elements of the Greek tourism product and customer satisfaction, were presented to the audience. The study was conducted by research company Arkenford on behalf of the GNTO.

According to the study, Greece is a traditional popular destination for Britons as data showed that some 1,200,000 UK visitors visit the country on an annual basis.

Also, Greece’s youtube channel was introduced to journalists by a Google spokesman. Greece is among the few countries in the world that has its own youtube channel.

During her stay in London, Mrs. Kefalogianni will give a series of interviews to the British media (CNBC, Blomberg, BBC, Euronews, Travel Channel, etc).