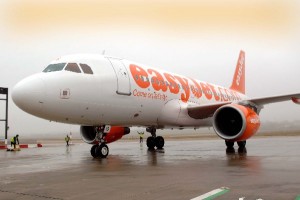 Low cost airline easyJet recently announced new flights from London airports for 2013 that include routes to the Greek destinations of Kalamata and Mykonos.

The route from London Gatwick to the Greek town of Kalamata will launch 6 July 2013 and give access to the resorts of the southern Peloponnese and the Mani peninsula.

Flights to Kalamata from London Gatwick will be twice a week (every Tuesday and Saturday) and ticket fares will start from £34.99. This will be easyJet’s first time flying to the Greek city.

Kalamata is the 12th Greek destination on the easyJet flight network and on the network of London to Greece.

easyJet also announced it would add another flight to Mykonos (in addition to the flight from Manchester Airport) that will fly from London’s Luton Airport twice a week (every Tuesday and Friday).

The London-Mykonos flight from London Luton will launch 26 April 2013 and fares will start from £32.99.