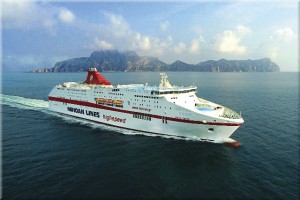 A new maritime service will be launched between the ports of Trieste – Ancona – Igoumenitsa and Patras as of December 2012, according to an announcement made by Minoan Lines, member of the Grimaldi Group.

The Greek ferry operator will operate the new service with the currently deployed in the Patras-Igoumenitsa-Ancona route, state-of-the art cruise ferries, Cruise Europa and Cruise Olympia, as well as with the new modern ferry Europa Link.

On the current Patras – Igoumenitsa – Ancona daily route, a port of call will be added, the port of Trieste, with three departures on a weekly basis from Italy to Greece and vice versa.

According to Minoan Lines, the strategic decision was taken to extend its operations and provide a significant connection between Greece and Northern Italy.

“We see tremendous potential in this new maritime service with both passenger and cargo transportation gaining momentum,” Emanuele Grimaldi, chairman of minoan lines and managing director of the Grimaldi Group.

“If we take under consideration the fact that the roman land route of Egnatia is connecting within its network, the whole region (including Turkey), we believe that within this strategic decision effective ties between the markets of Central and Eastern Europe, will be ensured, having as a reference port, the port of Trieste,” he said.