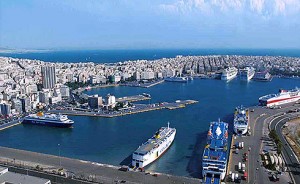 The price of Greek ferry tickets on state-subsidized, unprofitable routes will increase 2.4 percent for passengers, private vehicles, trucks and motorcycles, according to a decision of Minister of Mercantile Marine and the Aegean Kostis Mousouroulis. The decision came into force as of Saturday, 20 October.

According to Greek press reports, the increase is equal to the rise of the Consumer Price Index for 2011.

Under the current legal framework, the Ministry of Shipping is responsible for the increase on economy-class passenger tickets, private vehicles up to 4.25 meters long and for the rate per meter for vans and trucks.

The last price increase of ferry tickets for state-subsidized routes was in 2008. Until today, fares had not been adjusted despite the increase in fuel prices and the complaints of shipowners.

2nd Posidonia Sea Tourism Forum To Launch Next May