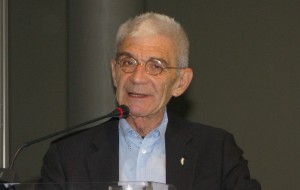 Thessaloniki Mayor Yiannis Boutaris has been named “Mayor of the Month” for October 2012 by citymayors.com website of the City Mayors Foundation.

The article on the website appreciates that Yiannis Boutaris went in to politics to achieve radical change in Thessaloniki.

“His reforms and initiatives have drawn praise from officials in the EU and other institutions involved with the intervention measures to support the economy, notably in his efforts to control staff costs and to make public services work better,” citymayors.com says.

The article underlines that Mayor Boutaris has sought to make the city more attractive to visitors from countries that are a part of Thessaloniki’s controversial past.

As a result, Turkish Airlines have re-introduced scheduled services to the city following meetings with him and Israeli cruise operators have begun to call at the port city more often.

Citymayors.com also applauds Mr. Boutaris for reaching out for both trade and tourism reasons to neighboring Balkan countries including Bulgaria, Former Yugoslav Republic of Macedonia and Albania. He has also met with the powerful Moscow based tour operators.