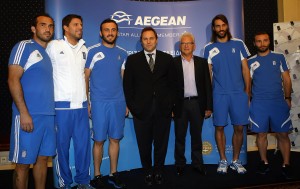 Aegean Airlines is the official sponsor of the Greek National Football Team for the next two years, according to an agreement between the airline and the Hellenic Football Federation announced today, Wednesday 10 October, at Hotel Metropolitan in central Athens.