In Retrospect With “Rita” 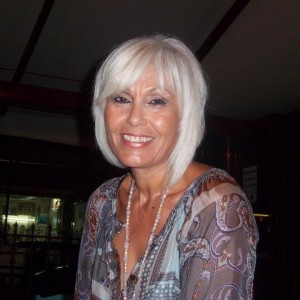 One of the Greek tourism industry’s most eminent figures in public relations, Margarita Zambeli or “Rita” as referred to by all, retired after over 39 distinguished years in the industry. Ms. Zambeli, former public relations manager of Goldair Handling Group of Companies, spoke to GTP and gave her views on Greek tourism’s past, present and future.

Ms. Zambeli started her career in the field of aviation and tourism in 1973 by issuing tickets for airline companies represented back then by Goldair such as LOT, MALEV and CSA. One year later, she became the personal secretary of the company’s founder, Dimitris Golemis. After his passing, she continued her secretarial duties for his son, Stelios Golemis, but by then had another title added to her name: Goldair Group of companies public relations manager. Two positions she served until September 2012, when she retired.

“As you can see, I am Goldair’s second generation, since my father retired from the group and my daughter (the third generation) continues the… family tradition!” she told GTP. 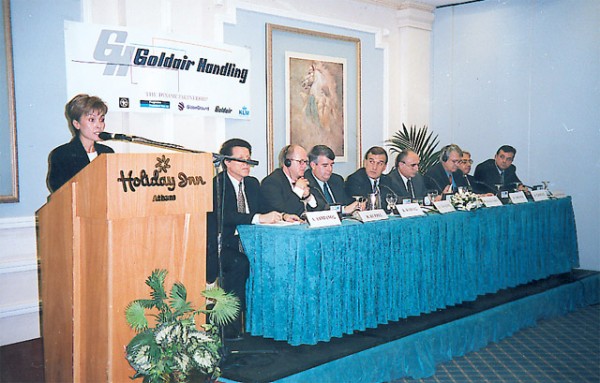 Career Milestones
When looking back, Ms. Zambeli said many significant moments marked her career in the Greek aviation and tourism field. The first that comes to her mind is the foundation of the Hellenic Association of Airline Representatives (SΑΑΕ) in 1989.

“The CEO of Goldair, Stelios Golemis, had the original idea of its foundation and received the support of leading figures in the aviation field, who unfortunately are no longer with us: Eleftherios Theofanopoulos, Anastasios Stylianopoulos and Konstantinos Tinios,” she reminisces.

Ms. Zambeli was initially the secretary of the association and later was elected to the board several times, as vice president and general secretary. 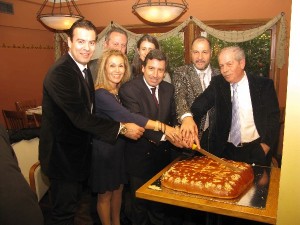 Margarita Zambeli and members of the Hellenic Association of Airline Representatives (SΑΑΕ) cutting the New Years pita last year. Ms. Zambeli has been with the association since its establishment in 1989.

The year 1991 is a second milestone, as that was the year the Association of Greek Tourism Enterprises (SETE) was established “by a group of professionals that had a vision, goals and love for what is known as service excellence.

“In SETE, as public relations officer, I had the opportunity to meet perhaps the most important people in the field of tourism and transport,” she told GTP.

Although Ms. Zambeli preferred not to mention any names, as “more or less we all know who they are,” she said they are the professionals who make up SETE’s “committee of wise men.”

A very important stage in Ms. Zambeli’s career was the establishment of Goldair Handling in 1992.

“Goldair Handling is my third child, after my two daughters,” she said smiling proudly.

Included in her memories of unforgettable moments are the problems Goldair faced to obtain the license to operate in Greece’s airports. “I am very happy to say that we are now present in 26 of the 34 Greek airports,” she said.

When asked by GTP if any of her professional goals were not accomplished due to retirement, Ms. Zambeli said, “a great part of our goals had been met.

“And I say ours, because I had the good fortune to work with a team of people that set goals, knew how to fight and strive to achieve them,” she said.

“Goldair started out with some 25 employees and now we has surpassed 2,000 employees (for all companies of the group)… I saw our company grow, become a group of companies and each of them become one of the greatest in the field of aviation and tourism, such as Goldair Cargo & Logistics and Goldair Handling… So my answer would be ‘yes,’ my professional goals have been met.” 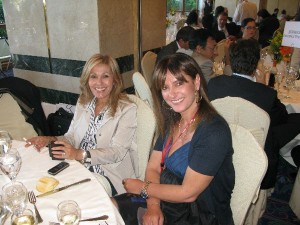 After 39 years in aviation and tourism, Ms. Zambeli still detects problems that existed in the past and continue to trouble the industry.

For example, Greece’s regional airports, “the vast majority of which displays a very disappointing image.”

According to Ms. Zambeli, 80 percent of the tourist arrivals to our country are via air, so the first and last image of a visitor/passenger is that of the airport, the main gateway of our country.

“And what do we do? Absolutely nothing! Our airports need upgrading and their services/operations must be improved with infrastructure projects, space rearrangements, satellite navigation signal upgrades, etc,” she stressed.

Ms. Zambeli said a proper strategic planning to develop efficient airport operations based on competition standards must be prepared.

She also mentioned that the “disincentives” of the Athens International Airport “Eleftherios Venizelos” (high cost of air transport in Greece) must be lifted.

“This is possible with the reduction or elimination of the special airport tax (spatosimo) or if the contract the airport has with the Greek State is revised,” she said. 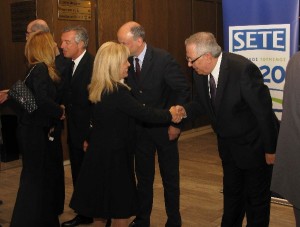 2011 – SETE event
Although her PR days at the association were some time ago, Margarita Zambeli said she worked with some of Greece’s most important tourism professionals at SETE.

Another issue of major importance is the liberalization of stop-over freedom rights (the right of a carrier from one country to carry its own international passengers between two points within another country), which falls under the responsibility of the Civil Aviation Authority.

“The authority is responsible for the development of demand and competition in aviation and to attract non-European Union airlines… A full reorganization of the Civil Aviation Authority is essential,” she told GTP.

When asked if she could distinguish any political figure that had “made an appearance” through tourism and had accomplished something good for the industry, Ms. Zambeli said that even those “who showed positive signs,” failed to complete anything in the end because they would be lifted from their position before they had a chance to make a difference (due to government reshuffles or change of government).

In her opinion, the Greek political leadership does not appreciate what “tourism” means nor recognizes its “value.”

“All you hear are words and promises… Fortunately there are private initiatives; in particular, associations that struggle in the right direction,” she said. 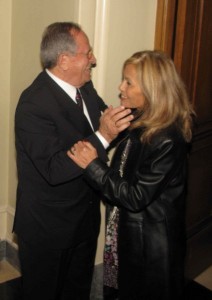 Given the current economic crisis in Greece, one may wonder if this would be the “right time” for retirement. But not Ms. Zambeli.

“I think 39 years can be translated to the right time,” she said with a laugh.

“Now the new generation is taking charge to lead the company even higher,” Ms. Zambeli said.

In regards to the new generation of entrepreneurs in tourism, Ms. Zambeli said she firmly believed that it would lead our country to the where it truly deserves to be. “This is no other place than the top,” she said.

She added that she was pleased to have worked with new entrepreneurs who are professional and educated individuals with a vision and love for what they are requested to continue.

And her feelings, after leaving the field of aviation and tourism after 39 years?

“I have mixed feelings and feelings of joy, because on one hand I had the opportunity to meet and work with such important people… but on the other hand I will miss them. Yet, one thing is certain: I will always stand by them,” she affirmed.

“I honestly consider myself very lucky, because outside of my biological family, I gained a second family, which was my job, my colleagues… Goldair Handling,” she told GTP.