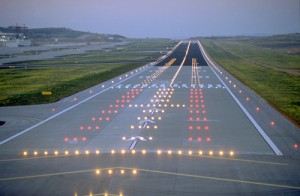 A tender for the concession of 22 Greek regional airports will be launched by the end of the year, the Greek press reported recently.

According to reports, the Hellenic Republic Asset Development Fund (TAIPED) will select interested investors for the operation of the regional airports by the end of 2013.

Concessions will last 30-35 years and the Development and Infrastructure Ministry’s aim is to keep airport charges on competitive levels.

In an official letter to Development and Infrastructure Minister Kostis Hatzidakis, the Association of Greek Tourism Enterprises (SETE) suggested that regional airport charges remained on the current levels for the first five years once they are privatized.

“After five years, the pricing should be on the same level as the corresponding type, size and quality of airports in neighboring countries, with Turkey as our main rival,” SETE noted.

Meanwhile, reports said the Development and Infrastructure Ministry plans to review the pricing policy of Athens International Airport (AIA) as its charges are considered excessive and are said to discourage airline companies.

For some time now Greek tourism professionals have argued that AIA’s pricing policy must be rearranged to restore its competitiveness in the market.

According to SETE, AIA currently has the largest decline in passenger traffic to Greece. During the January-August 2012 period, international arrivals to the Greek capital plunged 13.6 percent compared to the same period last year.

“The issue is of major importance both for tourism in Athens and throughout Greece and for companies that operate at the airport to stay vital,” the association said in the letter to the development and infrastructure minister.