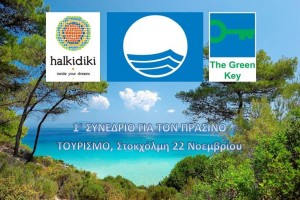 Chalkidiki will take part in the Greece Getting Greener (3G) promotional campaign designed for Greek hotels, accredited by the Green Key eco label program for 2012, and tour seven European countries to promote its “green” profile.

The 3G campaign is a private initiative by Oslo-based communication agency North Events Limited to promote green hotels and regions from Greece in international exhibitions and events. The agency is in cooperation with the Hellenic Society for the Protection of Nature to promote sustainable tourism practices via acquiring the eco label Green Key.

Chalkidiki’s participation in the campaign will be supported by the Tourism Promotion and Marketing Agency of Chalkidiki that will promote the destination’s green profile: 35 beaches with blue flags, 11 Natura areas, Mt. Athos (UNESCO World Heritage Site) and 15 green key certified hotels. 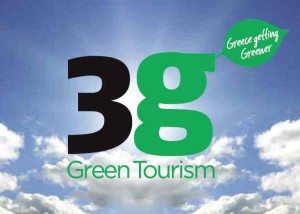 The Greece Getting Greener (3G) promotional campaign is designed for Greek hotels that have been accredited by the Green Key eco label program for 2012.

The international campaign for the Greek green hotels will kick off in Stockholm at the first conference on Green tourism in Greece scheduled to take place 22 November 2012 at Convention Center 7A, Sweden’s first “Green Key” convention center.

The 3G campaign will conclude in April 2013, in Nantes, the French city that has obtained the title ”European Green Capital in 2013.”

Sponsors of the campaign include SAS Scandinavian Airlines and tour operators Apollo Kuoni and TUI Fritidsresor.