Greek Aviation, Land Transport To Change For The Better 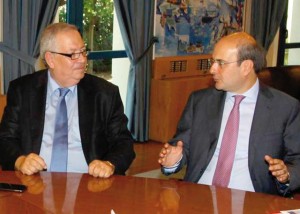 “If matters proceed as said, I believe 2013 will be a better year and tourism, the only pillar of development of our country, will boost our economy,” Hellenic Association of Travel and Tourist Agencies President Yiorgos Telonis said after the association’s meeting with Transport Minister Kostis Hatzidakis in late August.

The announcements were made during separate meetings the minister held with the Association of Greek Tourism Enterprises and the Hellenic Association of Travel and Tourist Agencies.

According to the transport minister, a policy paper on air transport would be drawn up by the end of October and include a strategy for the reduction of airport taxes.

The ministry also intends to intervene for the improvement of the infrastructure of the country’s airports while privatization efforts would also be made.

Mr. Hatzidakis added that by the end of the year a bill would be presented for the reorganization of the Civil Aviation Authority, mainly separating the commercial arm from regulatory functions.

In regards to land passenger transport, discussions focused on the timetable for the liberalization of the sector.

According to the ministry’s schedule, a bill should be prepared by March 2013. The aim is to open the market by 2015 instead of 2019 under the current law.