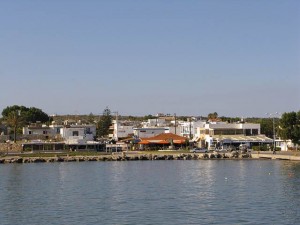 Until the end of this month, non-European Union citizens are allowed to visit the Greek islands of Chios, Kos (photo), Lesvos, Rodos and Samos via Turkey without a Schengen visa.

The visa facilitation pilot program launched in June that allows non-European Union citizens to enter Greece from Turkey and visit five Greek Eastern Aegean islands without a visa from a Greek consulate was said last month to be making big progress.

Through a fast and simplified procedure of issuing visas on arrival, travelers that enter from certain ports of Turkey are allowed to visit Chios, Kos, Lesvos, Rodos and Samos without a Schengen visa.

According to official data of the Foreign Affairs Ministry, within 60 days of the program’s implementation (the program began 7 June and ends 30 September) 2,224 simplified visas were issued in all five islands in total, with Rodos and Lesvos in the lead. Tourists that benefited from this Greek initiative were mainly Turks, Russians and Ukrainians.

The visa facilitation pilot program is a joint initiative of the Foreign Affairs, Public Order and Citizen Protection and Tourism ministries to ease visa restrictions for non-EU citizens at its ports and enhance the tourism flow to Greece.

In addition, statistics released by Greek consular authorities abroad for the issuance of Schengen visas for the first seven months of 2012 (compared to last year) were encouraging.

Meanwhile, according to reports, the Australian government announced it would enter into negotiations with Greece in regards to a joint work and holiday visa arrangement.

Greece Lags Behind Competitors During First Half Of The Year