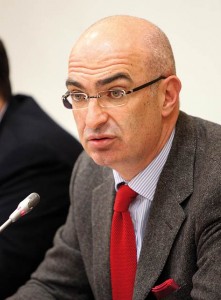 The Hellenic Chamber of Hotels last month re-submitted a proposal to the Ministry of Labor and Social Security to reform and take on the subsidized social tourism holiday programs of the abolished Workers’ Welfare Organization (OEE).

The chamber had initially submitted the proposal in March, following the closing down of OEE and the automatic cancelation of the social tourism programs that provided subsidized vacations to low-income Greeks. (The closure of OEE was included in an agreement of austerity measures demanded by Greece’s creditors in exchange for a new bailout loan.)

However, the chamber’s proposal seemed to go unheard as it was made shortly before Greece entered a two-month election period.

The proposal aims to overturn the administrative part of the programs so as to reduce operating costs and ascertain that participation would take place through full transparency.

It also refers to ensuring the participation of more hotels in an environment of free competition.

According to the chamber, despite the extremely difficult fiscal situation of the country, the social tourism programs contribute greatly to the regional economy, support local jobs and strengthen the sustainability of tourism businesses.

The chamber suggested for it to assume full responsibility of the participation process of hotel and camping sites through a new website for social tourism programs.

The website would contain information for the businesses interested in participating in the program (hotels, campsites, rooms to let) and for the beneficiaries.

The chamber added it would supervise the processing of applications of rooms and apartments to rent, although such accommodation is not on its member list.

The chamber clarified that its sole objective of the initiative was to reactivate the social tourism program, as its abolishment this year created serious and unsolvable problems to a significant number of tourism businesses that for years based their operation on social tourism.

Following a recent meeting between the chamber’s president, Yiorgos Tsakiris, and Labor Minister Ioannis Vroutsis, the latter promised to reactivate the social tourism programs in 2013.