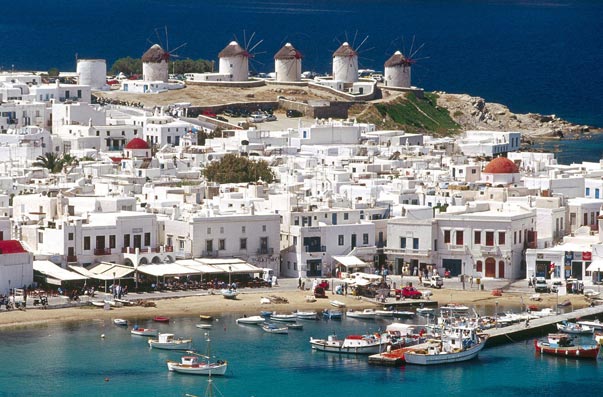 Up to 12 August, some 408,500 passengers traveled to the islands from Athens in comparison to some 487,000 during the same period in 2011, according to the Hellenic Coast Guard.

Special offers at Greek destinations and discounts on hotel prices did the trick during the peak August holiday season as Greek holidaymakers did in fact travel domestically although in obviously lesser numbers compared to last year, press reports said last month.

The country’s financial crisis and the austerity measures forced upon Greeks were said to have put a major strain on bookings in the local market.

Also, the elimination of social tourism programs (subsidized vacation packages for low-income Greeks and pensioners) was said to be the main reason the domestic tourism sector would “collapse” this year.

(The sole social tourism program in effect this year for some 80,000 eligible applicants is that of the Greek National Tourism Organization as those of the Workers’ Welfare Organization-OEE and Agricultural Insurance Organization-OGA were abolished in February.)

However, last-minute bookings were said to have somewhat “saved” domestic tourism to at least some level last month since Greeks did make appearances in traditional destinations (such as Zakynthos, Pelion and Crete) during the 15 August period, a public holiday in Greece.

However, despite last month’s movement in domestic tourism, hoteliers appeared troubled and told the press that the increase in occupancy during the 15 August holiday in no way could make up for the losses of the whole 2012 tourism season. Domestic tourism was reported to have plummeted in June and July.

According to online booking company Airfasttickets, until late July the general annual drop in domestic tourism amounted to 40 percent.

Although arrivals were on the up in August, the picture for tourism revenue was said to be totally different.

Tourism professionals said the losses in revenue were expected to be high since the only way to attract customers was via discounts for almost the whole season to boost last-minute bookings.

Some Greek destinations such as Chania, Crete, reported an increase in Greek visitors but a “mismatch between arrivals and overnights” as in many cases Greeks chose not to book a hotel and stayed with friends instead.

On the other hand, according to the Hellenic Coast Guard, a reduced number of ferry routes from Piraeus, Rafina and Lavrio ports to the Greek islands were scheduled last month in comparison to last year. August is normally a very busy period for Greek ports as the majority of Greeks take their summer vacation.

According to press reports, the economic crisis led financially troubled coastal shipping companies to cut their routes while passenger traffic was seen to have dropped in the meantime.

A total of 117 ferries sailed from Piraeus, Rafina and Lavrio ports during 13-15 August.

In regards to cars traveling out of Athens in August, the traffic police said that on the Athens-Lamia highway, traffic dropped 40-50 percent during 12-13 August compared to last year.

Soaring unleaded gasoline prices, close to two euros per liter in some areas of Greece, was said to be among the reasons for the drop in traffic.

Tourism professionals on Zakynthos for example told the press that the few Greeks that did visit the island this year chose cheaper alternatives to access the destination.

According to Zakynthos Port data, ferry tickets for passengers and vehicles were down 20 percent during the 15 August period as many Greeks arrived to the island via KTEL intercity buses.

Greece Lags Behind Competitors During First Half Of The Year