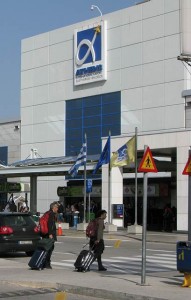 Taking into account traffic developments, Athens International Airport (AIA) announced last month that it would offer four substantial incentives that correspond to a 30 percent discount on its aeronautical charges.

This initiative follows the introduction of the airport’s summer incentive scheme (in force during April-October 2012) that corresponds to a 20 percent discount on AIA’s aeronautical charges.

Sustainability Incentive: A 15 percent discount will be available on landing and parking charges per departing flight, provided that airline companies will maintain the same number of flights as last year or at least not drop below -15 percent.

Transfer Incentive: A fixed amount per departing transfer passenger (ranging from 5 to 15 euros) during the winter period, that will correspond to a discount on AIA’s passenger charges ranging from 30-90 percent, will be offered to all airlines.

Winter Low Fares Incentive: This incentive corresponds to discounts amounting to 50 percent on AIA’s passenger charges for all low fare tickets to all domestic or international routes out of Athens.

According to reports, the incentives are aimed to stem the loss of airlines that dropped Athens from their flight routes due to high charges and reduced traffic due to the economic crisis.

ECTAA: Still No Refund For Spanair And Malev Customers