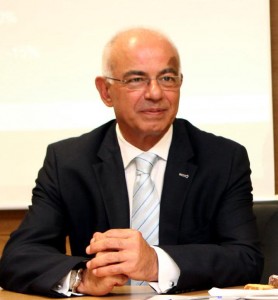 Anastasios Liaskos is the new secretary general of tourism. He was born in Athens in 1957 and is an economist and business development consultant by profession.

In 1980 he graduated from the Athens University of Economics and Business and has conducted numerous studies on the economic viability of businesses and has worked extensively as a tax consultant.

Mr. Liaskos was Prefect of Serres during 1989-1993. In 2000 he was elected to serve the Greek Parliament as a Deputy of New Democracy in Evia and was put in charge of tourism affairs.

In 2004 he was re-elected Deputy of New Democracy in Evia and appointed Deputy Tourism Minister.

He is married to Ekaterini Liaskou and has two children.