An interest in holding international conferences in Greece has been recorded following a sudden increase in cancellations in May due to the political and economic instability of the country, Greek press reports said recently. 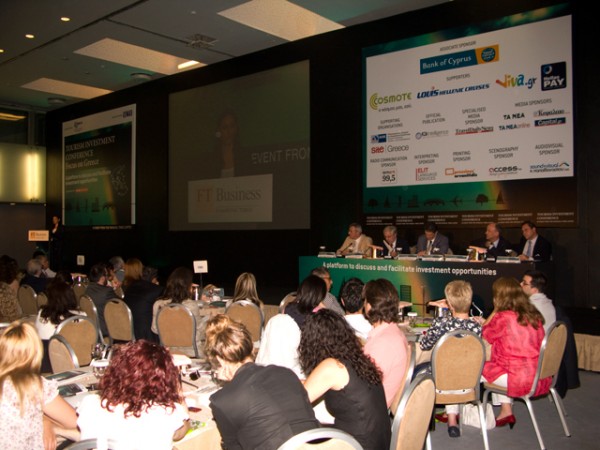 Greece is among preferences for hosting conferences, according to the Hellenic Association of Professional Congress Organizers (HAPCO).

According to the chairman of the Congress Rental Network, Panagiotis Podimatas, after the second round of elections on 17 June, a renewed interest of foreigners for holding conferences and corporate events in Greece mainly for the second half of 2013 was noticed.

Mr. Podimatas told the press that a wave of cancellations in Greece took place from Western European countries such as Germany and Austria in May due to the political instability.

The Hellenic Association of Professional Congress Organizers (HAPCO) also confirmed that Greece is among preferences for hosting conferences citing contacts made at the 10th IMEX exhibition that took place recently in Frankfurt.

“It was discovered that interest in holding conferences in Greece is significantly reduced, but in any case still exists,” the association said.

According to the Athens Convention Bureau (ACB), the effects of the negative impact over the country’s political situation and the rumors of a potential “exit from the Eurozone” was felt in the Greek stand at this year’s IMEX exhibition.

“Nevertheless, by the second half of 2013 onwards, there is an encouraging exploratory interest towards Athens,” ACB said.

Helexpo Teams Up With ARTION For 28th Philoxenia